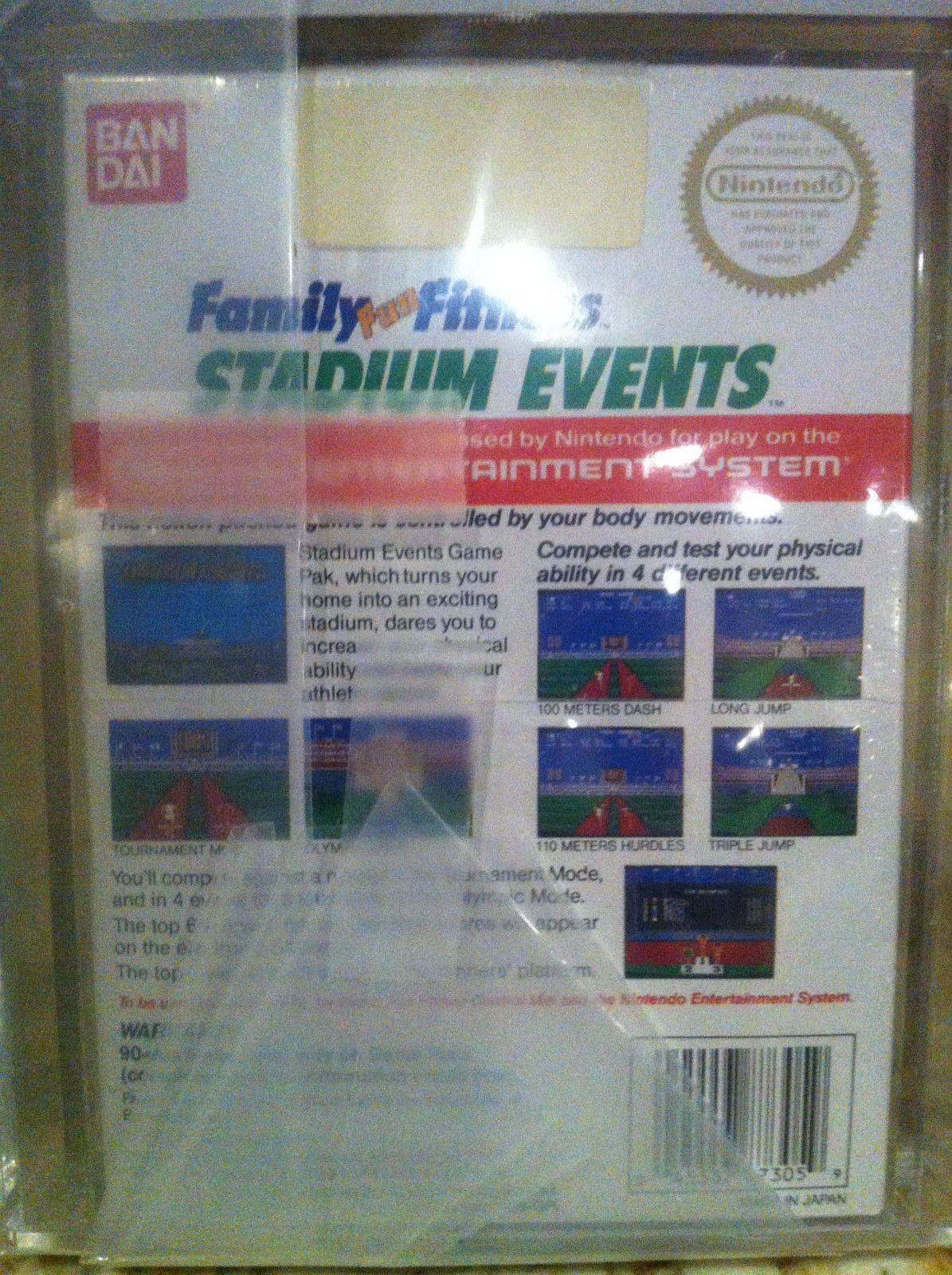 'Stadium Events' was a video game developed by Bandai and released for the Nintendo Entertainment System (NES) in 1986 for Japan and 1987 for the USA. The game featured an Olympic-style Track and Field competition, with events such as the 100 m dash, 110 m hurdles, long jump, and triple jump in various modes of play including "Tournament" and "The Olympics".

The game is universally accepted as one of the rarest NES games in North America due to high market price and limited production. It was also a game compatible with the Family Fun Fitness (FFF) mat, a rather unpopular accessory for the NES, which didn't exactly help its cause. In 1988, when Nintendo bought the technology for itself, the company immediately called off the production and selling of the game and even ordered a return of the existing games so it could be rebranded for their upgraded NES Power Pad.

Out of the 2000 copies of the game produced, only 200 made it to the store before this recall came into effect. Only a few copies were sold to the public which still resulted in two copies of the game to be left in their original boxes to date.

One of these copies is now being sold on eBay by a person who claims he was a Nintendo employee and purchased the game in the early 1990s stating that:

This listing is for a complete, excellent+/near mint, sealed copy of the game and the one of few to ever be sent to the Video Game Authority in Roswell, Georgia for official grading, verification and authentication.

[...] Once the game arrived safely, the professionals at VGA gently cleaned the item, verified it, graded it and sealed it in a professional quality acrylic case where it will remain for the rest of its life.