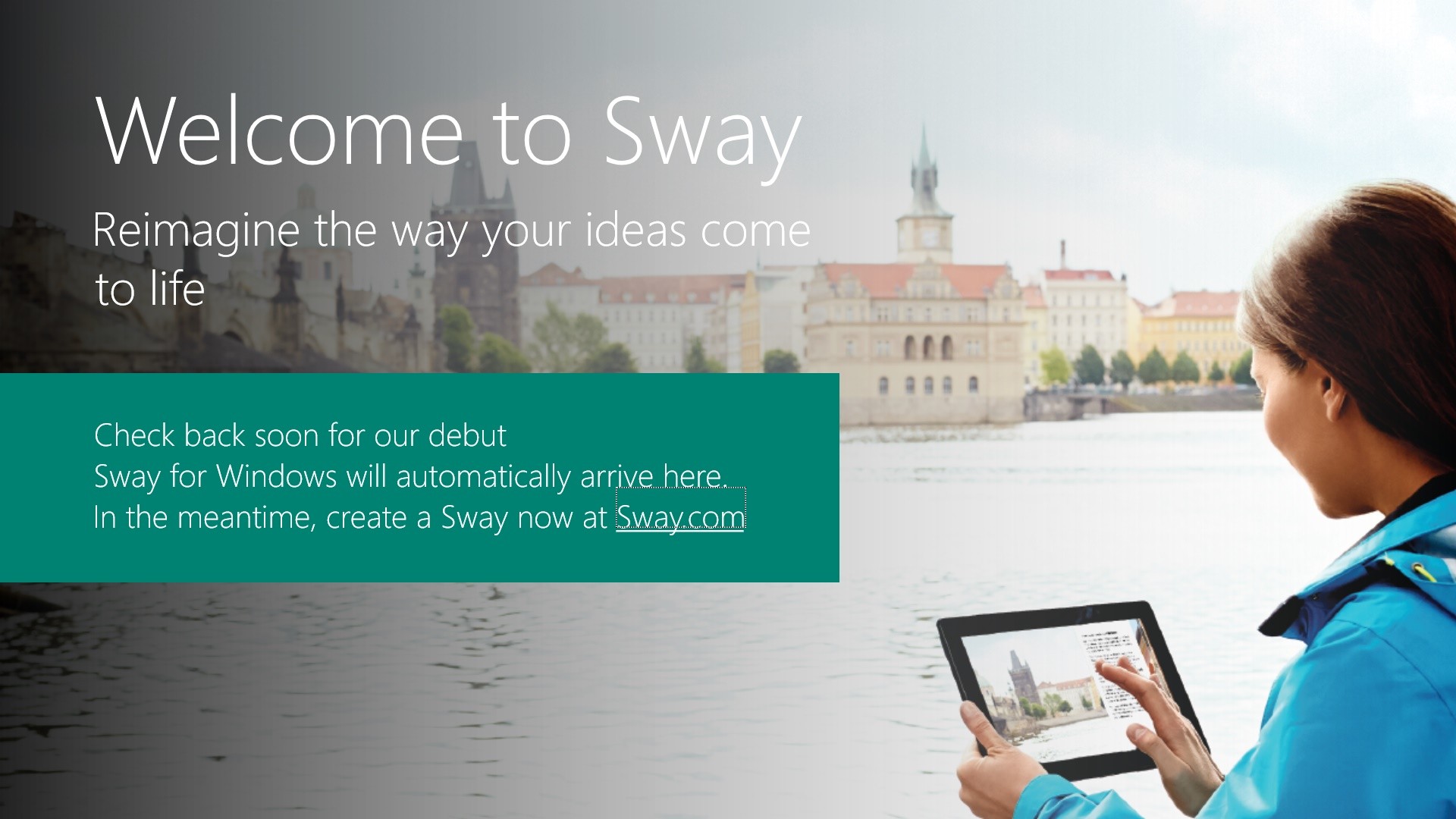 A Windows 10 app for Microsoft's Sway presentation service is now available for download in the new operating system's store, though users will have to wait to use it.

Though the app can be downloaded, it currently only displays a start-up screen, seen above, noting that its functionality will be turned on in the near future. When functioning, the Sway app, part of Microsoft's Office productivity software line, will allow users to create web-based presentations that can be viewed in a browser. Microsoft promised its Sway app for Windows 10 would be fully released before the end of the summer when it released the iPad version of the app in late June.

When Sway is fully released for Windows 10, it will mark the first time an app for the service has been released on a Windows platform. Currently, Windows users have to rely on the service's website to create presentations, while iPhone and iPad both have native apps. Microsoft has also said a Sway app for Android is in development.