Gamers tend to take a lot of pride in building their own rigs, but it's generally not enough to have top-notch performance without the looks to match. Motherboards, for instance, have transformed from generic green slabs to works of art. Interestingly, it seems increasingly common to find aggressive military styling among high-end motherboards, with some examples including Asus' Sabertooth series as well as Gigabyte's G1.Sniper2. Despite the prevalence of military-themed motherboards, enthusiasts haven't had a whole lot of stock options for matching cases. 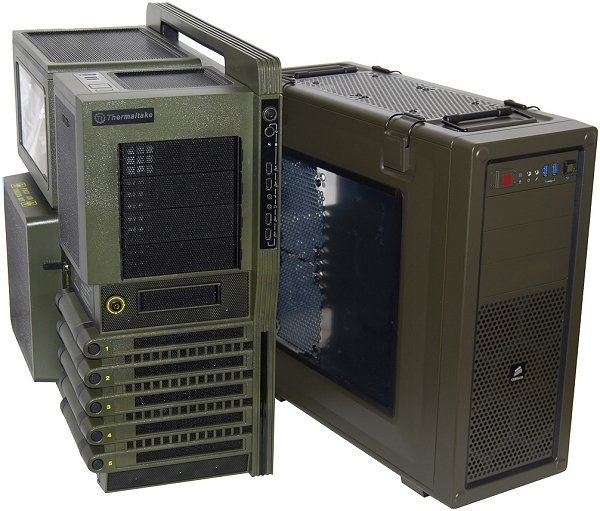 Around the same time, the latter launched Level 10 GT's "Battle Edition" with the same olive drab paint job that Corsair offered for the Vengeance C70.