Roughly a month ago we brought you an early preview of the OCZ Vertex 2 Pro SSD. This uber-fast product was supposed to be part of a new series of drives based on controllers from start-up SandForce. However, as we recently learned OCZ decided to scrap the Vertex 2 Pro altogether due to the high cost of its SF-1500 controller, and instead shift focus to the originally announced Vertex 2 and Vertex 2 EX.

This is exactly where the Vertex LE we are reviewing today comes in. Initially it was said OCZ was using an early batch of SF-1500 controllers that they received at a discount rate from SandForce, but now they are claiming the Vertex LE SSDs carries a hybrid model that is neither a 1200 nor a 1500. 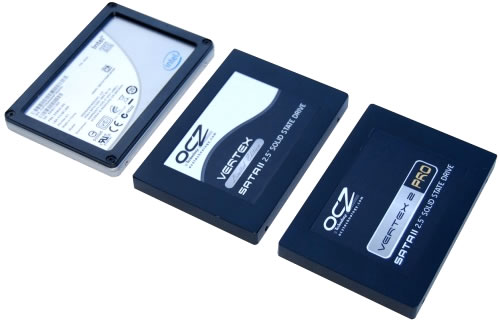 Regardless of those details, this limited edition Vertex will be sold in limited quantities, 5,000 units in total to be precise. OCZ is asking $399 for the 100GB model and $799 for the 200GB model. This is only slightly more than the current Vertex drives, which given the expected performance boost sounds like a very nice deal indeed.