It's been over three months since Google released Android 7.0 Nougat, but according to the company's most recent data - published a few weeks ago - just 0.3% of Android devices are running that version so far. Manufacturers such as LG and Sony have begun upgrading their devices to Nougat, while others - including the likes of OnePlus and Samsung - are testing their updates in beta programs.

Huawei sub-brand Honor recently released its Android 7.0 preview to a limited number of owners of its 8 flagship - but it's since confirmed that that handset's predecessor won't be upgraded to Nougat. 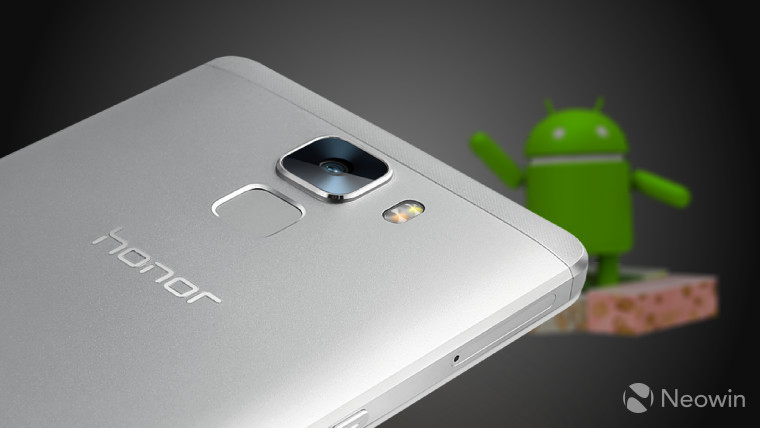 According to SlashGear and Dutch site Tweakers.net, the company has confirmed that the Honor 7 won't be in line for an official upgrade to Android 7.0. That may well come as a surprise to owners of the device, given its relatively young age.

The Honor 7 was unveiled at the end of June 2015, and went on sale in some countries a couple of weeks later. But even in some major markets, it didn't go on sale immediately; in the UK, for example, it was officially announced in August, but wasn't available to buy there until September. Even if we charitably age the device all the way back to its original announcement, it's still only 17 months old, and many buyers will have owned the device for a lot less time than that. Indeed, the device is still available to buy today from Honor's official Vmall store.

Major Android device manufacturers generally offer OS updates for at least two years after the device is launched - especially for their range-topping handsets. In fact, Honor made exactly that commitment in August 2016, promising at least one new feature update every three months in the first year, and further feature updates for another year after that. But Honor's commitment came long after the 7 was released, and the company made it clear that it applied solely to the Honor 8 and other devices released in the future.

Meanwhile, Huawei recently announced the devices from its own range that it plans to upgrade to EMUI 5.0, based on Android 7.0 Nougat. Some of those phones will get the update in Q1 of next year, but others face a longer wait.