If you were looking forward to taking your brand new Apple Watch 3 on a ski trip to Switzerland this coming holiday, you might be disappointed to know that the latest smartwatch from Cupertino will not support international roaming, according to Apple Support. 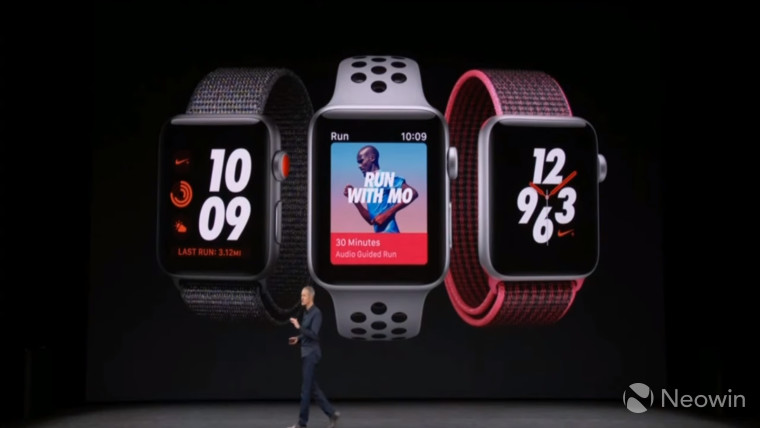 A Reddit user that goes by the name learnjava, contacted Apple Support and asked for clarification on the question relating to roaming, and international support for the smartwatch. The support team reportedly replied stating the following:

Even though the latter might not be a deal breaker for many, since most purchase the device in the country they reside in, the former might cause some concern in Europe for instance, where free movement across borders will render your watch unusable, to some extent. The Apple Watch 3 features a built in eSim, much like the Gear S3 Frontier, however, the latter supports roaming just fine and allows you to switch to a completely different operator in another country using 'carrier profiles'.

Apple Watch Series 3 (GPS + Cellular) requires an iPhone 6 or later with iOS 11 or later. Apple Watch and iPhone service provider must be the same. Not available with all service providers. Roaming is not available outside your carrier network coverage area. Wireless service plan required for cellular service. Contact your service provider for more details. Check www.apple.com/watch/cellular for participating wireless carriers and eligibility.

Earlier, we reported that the new smartwatch from Apple will feature an LTE option, however, in the US at least that will incur additional carrier charges to 'activate'. The Apple Watch 3 was announced on September 12 at an event held in the Steve Jobs Theater and will retail for $399. The company also announced refreshed non-cellular options starting at $329.