Microsoft’s recently released Xbox One has a lot of benefits. It’s a good console (read Neowin’s review here), and it has the potential to be great. But for all the benefits it offers, there are still some glaring issues.

Both Microsoft and Sony are believed to have rushed their consoles to the market in an effort to make the busy holiday shopping season. And while rushed doesn’t necessarily mean deficient, it does mean there are some corners that were cut.

Luckily for Microsoft, all the major issues with the console are fixable; in fact, most could probably be fixed by the time the first major updates comes out for the console, which should be released in the coming months. Right now, however, the drawbacks prevent the console from being a “must-buy” device, though it’s still an easy recommendation for those who can afford it – just not everyone else yet.

Much like Windows 8’s store before it, the Xbox One store needs a lot of improvement.

Right now, games are sorted in a few ways: by popularity, rating, selling, and if they’re new or featured. That’s not much of a problem at the moment given the limited amount of games available, but down the line it will only lead to headaches. But even now, just a few weeks after the console was released, the game store is already a mess.

Currently, finding game content is an unnecessary burden on users. Instead of actually being listed alongside the full game in the store, demos and add-ons are nowhere to be seen in the aforementioned sections. Instead, users have to search for the other content; it’s not listed in the same area as the full game. The Xbox 360’s games store, by comparison, featured demos and DLC's listed alongside all other content for a game. The app store currently features the same layout as well. 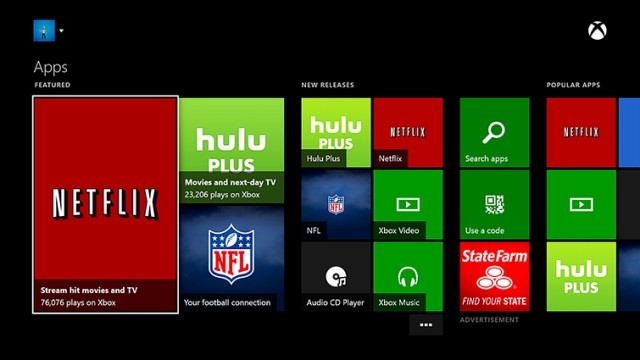 This may seem like a minor gripe at first blush, but it loses the sense of discovery Xbox 360 users have become accustomed to.

For Xbox Live Arcade demos on the Xbox 360, there were always trial versions as well. Since all games are now simply considered Xbox One games, with no subsection of type (such as full games, arcade games and indie games, as found on the Xbox 360), it likely means they’re all subject to the same standards. If that means smaller, XBLA-sized games don’t have demos or trials displayed alongside the full game in the store, it's going to prove to be a major headache for independent and small developers.

While the Metro interface of the Xbox One can be a major asset, there are several ways it doesn’t live up to its predecessor’s version of the interface.

On the Xbox 360, a guide menu can be called up with the press of a button to quickly view certain frequent tasks, such as messages or achievements. Now, users are thrown back into the home screen and forced to select separate apps for those tasks – and, if apps aren’t pinned, users will have to launch the app that lists all installed games and apps. That’s part of the issue of Xbox One making almost every task an app – it requires far more button presses, and it can also make navigating back to the place you started a pain. 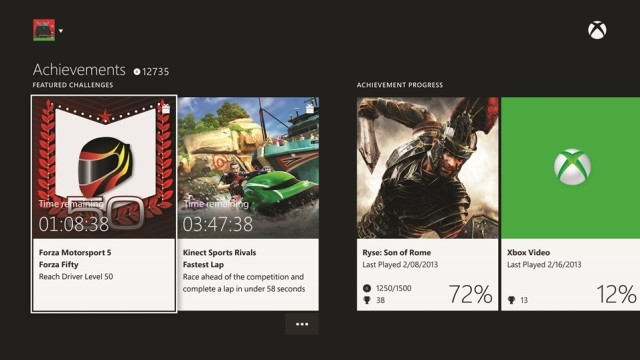 If you want to see what achievements you have remaining in a game, for instance, you have to exit the game and load the achievements app, seen above. By comparison, the Xbox 360 allowed you to pull up a list of achievements while in a game to view them – and the important information was much quicker to navigate, with descriptions appearing in the same window instead of separate windows for each achievement.

The use of app snapping somewhat aids in the change, but many apps don’t have snapping features – or they have poor versions at the moment.

Regardless of how Microsoft fixes it, it’s something that needs to be addressed. The unnecessary complexity of the interface is a clear step backwards. Instead of easily navigating through frequent activities, there are more button presses and a variety of different hoops to jump through to get to where you want to go.

You’re holding it wrong. It’s not a bug, it’s a feature. And now: Storage is automatic, and users don’t need to worry about it.

Companies often get creative with excuses when there are clear issues with a product, but there is no excuse for lacking proper storage management on a device that could quickly have its storage filled to capacity. Microsoft claims that “storage is automatic” thanks to the cloud, meaning a user’s console likely knows it can delete locally saved data when a game is uninstalled, and that data will still be available on the cloud.

That’s a great capability, but it only takes care of some of the smallest file sizes. Users who may have several games installed but aren’t sure what they want to remove will have to research the file sizes of each game instead of simply pulling up a storage menu to see that information in one place. It’s not an elegant solution, and it doesn’t make storage management problems go away – it just makes them worse. Additionally, DLC doesn’t appear to have any management options; so if a user downloads a DLC pack that’s no longer necessary, he or she may simply be stuck with it until the game is uninstalled. 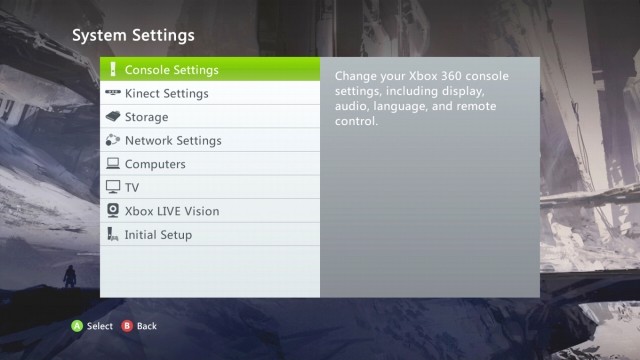 By comparison, the Xbox 360’s storage options were easily found in the settings area, seen above. In other words, yet again there’s another significant interface element that’s a major step back from the previous generation, and this one has more ramifications for users.

Microsoft’s storage management decisions appear to impact other aspects of the console as well. Xbox Video purchases can’t be downloaded to the console, likely a remnant of the previously always-online requirement. This may help save space, but a better option would be allowing visible storage – that way those with slow internet connections can purchases or rent HD videos without worry.

When the Xbox 360 launched, its dashboard “blades” interface lacked many features, but it offset that by being extremely fast. The Xbox One home screen has the opposite problem: There are times when the full-featured interface can be absurdly slow.

It appears that when the “instant on” mode is enabled, it’s easy for the Xbox One interface to gradually slow down over time, as a result of instances such as games crashing. “Battlefield 4,” for example, has crashing problems on all consoles it’s available on; on the Xbox One, however, the constant crashes eventually leads to the interface becoming painfully slow.

The slowdown impacts the home screen, app switching and general performance. “Battlefield 4” crashing is clearly the fault of DICE and EA, but the crashing slowing down the Xbox One interface is Microsoft’s responsibility.

While the Xbox 360’s dashboard was occasionally sluggish when fetching Internet-based data, the Xbox One’s home screen doesn’t appear to rely on much Internet-based data. In other words, the current errors are likely programming-based, meaning they should be fixable in time.

Microsoft made a big deal about the importance of the next-generation Kinect sensor that comes bundled with each Xbox One. The sensor is a big part of the console’s ecosystem, Microsoft officials have said, and there are no plans to offer a version without Kinect.

There’s some truth to the statements that Kinect is important to the console, as it powers many of the TV capabilities of the console as well as some of its more unique features, such as instant user recognition and controller switching. Yet Xbox One’s TV capabilities are primarily for U.S. users at the moment, and the $100 cost increase over Sony’s PlayStation 4 is hardly worth it for the console’s more unique navigation and recognition features alone.

[Correction: As pointed out by users below, the fitness games "Kinect Fitness," "Zumba World Party" and "Just Dance 2014" require the Kinect sensor, and the "D4" mystery game scheduled for 2014 will use it as well.]

Microsoft made big promises for the first-generation Kinect sensor, and it didn’t deliver. There were some extremely fun games, such as the first two Kinect Sports games, “Kinect Adventures” and “The Gunstringer.” But Microsoft slowly moved away from the sensor, with fewer and fewer games being released for it.

Yes, some games offer additional capabilities thanks to Kinect, but most are poorly implemented and add almost nothing to enhance gameplay. If Microsoft wants Kinect to be a vital part of Xbox One, it needs to show why. Since the console doesn’t have TV integration in most markets yet, there will likely be many unhappy they had to pay $100 more than a PlayStation 4, primarily because of Kinect.