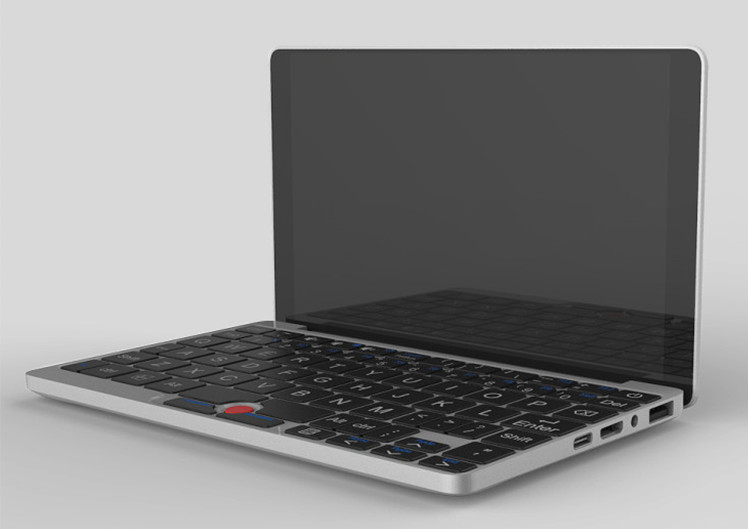 For the past few years, GPD has been making unique Android handheld consoles. While it offers a fairly good experience when it comes to gaming, it really lacked the ability for any productivity. Last year, the firm decided to improve on its previous offerings by introducing its first Windows 10 device, the GPD Win. Although it offered a similar shape to previous devices but differed in the fact that it offered a full QWERTY keyboard. It was clear that the handheld was still manufactured with gaming in mind and the response to the keyboard from consumers was bit tepid.

This year marks the first time that GPD will ditch the gaming controls for its handheld and offer what can best be described as - a micro-sized MacBook look-alike running Windows 10. The handheld loses its gaming roots and opts for a full sized keyboard packed into a tiny package. While it might have an impressive size, one has to wonder how convenient it will be to type on something so small.

Full specifications of the GPD Pocket:

Like previous handhelds, the GPD Pocket will first make its debut on Indiegogo and will be priced at $399.99 for the Windows 10 or Ubuntu variant. The campaign will close in two months time, but has already nearly reached its $200,000 funding goal (97% at the time of writing). The Pocket will later be offered by third party sites, once Indiegogo orders have been fulfilled.