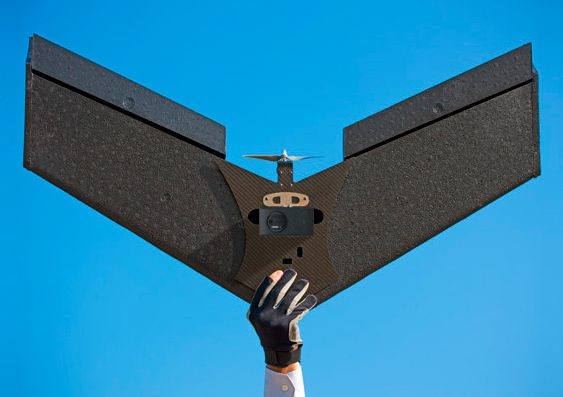 So let's say you are planning to buy the Nokia Lumia 1020 today from your local AT&T store and really want to take some spectacular pictures with its 41 megapixel camera. Well, you usually can't go wrong with some cool photos taken from the air and now one company claims it has made it easy to generate some impressive aerial images.

The company is France-based Lehmann Aviation and offers up a number of small unmanned aerial vehicles, or UAVs, for sale. That includes their newest product, LA300, which has been designed specifically to house and fly the Nokia Lumia 1020.

The company claims that the LA300 has been made so that even people that don't have a piloting background can operate it. The UAV itself has a wingspan of less than 1m and made mostly out of foam and carbon fiber so it weight less than 1kg. Once the Lumia 1020 and the battery are hooked up to the UAV, the owner can send it flying, thanks to an automated flight path that's controlled via a tablet with a special Windows 8 app. The LA300 has a range of 15km, can go between 20 to 80km/h, and go as high as 100m for about 30 minutes of flight time.