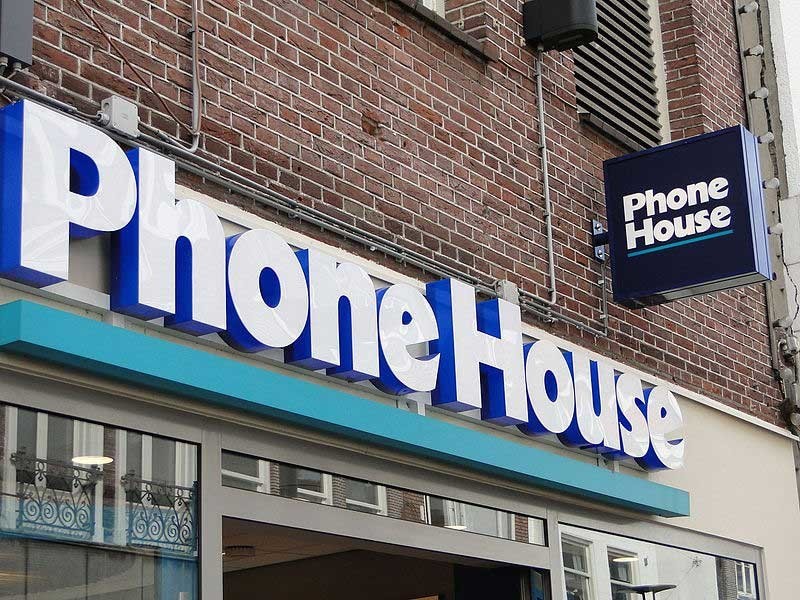 Relevant Holdings-owned Dutch telecom retailer The Phone House has filed for bankruptcy in the District Court in The Netherlands on Monday, February 13, 2017.

Customers accessing The Phone House online shop are confronted with this message (in Dutch):

Which can be translated to:

The Phone House Netherlands BV has filed for bankruptcy on Monday, February 13, 2017 at the District Court in Central-Netherlands. Therefore, it is currently not possible to place orders in the online shop [of Phone House]. It is possible to make a reservation to pick up the product in the store.

All Phone House shops remain open for the time being. You can ask for new purchases and service in our stores. Further information on Phone House and any orders can be found on the website. Naturally, we endeavour to answer your questions as soon as possible.

The Phone House (or TPH, originally known as Phone House, with a name change taking place in 2011) is the Dutch arm of British electrical and telecommunications retailer and services company Dixons Carphone, and has operated in The Netherlands since 1998.

According to a (cached) post from Relevant Holdings’ website dated June 26, 2015 (when Relevant Holdings acquired 83% of shares of the Dutch retailer’s stock), The Phone House had “200 stores across the country, including 6 Samsung Experience Centers and 50 in-store shops at Media Markt”. Beyond the ones mentioned, there is the online subsidiary, Typhone, as are several different outlets in other countries (numbering about 74 franchise stores). After regulatory approval of the deal, Relevant Holdings BV, owners of competing telco firm Optie1, became the largest telecommunications company in The Netherlands.

This week’s bankruptcy filing concerns The Phone House’s headquarters in Amersfoort, as well as three subsidiaries: Phone House Netherlands BV, The Phone House Retail BV and Typhone E-concepts BV., affecting 70 stores across the country and a total of 806 employees. The 74 franchise outlets do not fall under this filing and thus will remain open.

Despite efforts to cut spending and even a complete redesign of its physical and online stores, The Phone House’s situation didn’t improve, due to shrinking carrier commissions and pressure from other competitors such as KPN and Vodafone (article in Dutch).

The Dutch court has appointed two representatives from the company to explore contingency plans, hopefully even a way to keep the business going.

As emphasized in the quote from the image above, all affected shops are still open, for the time being.