HP's schizophrenic management is at it again; images of a new version of the TouchPad have shown up on the internet, Softpedia reports. Dubbed the HP TouchPad Go, it's a smaller, thinner reincarnation of its late big brother.

The photos, which first surfaced on the Chinese website Palm Joy, show a 7 inch tablet (compared to the original TouchPad's 10 inches) with a dedicated home button. According to Palm Joy, the tablet boasts 3G capability, a 1.5GHz Snapdragon processor, 32GB of Sandisk storage, a 1.3 megapixel front-facing camera and 5-megapixel rear facing camera, complete with an LED flash. All of this is said to be complimented by a 1024 x 768 resolution screen. 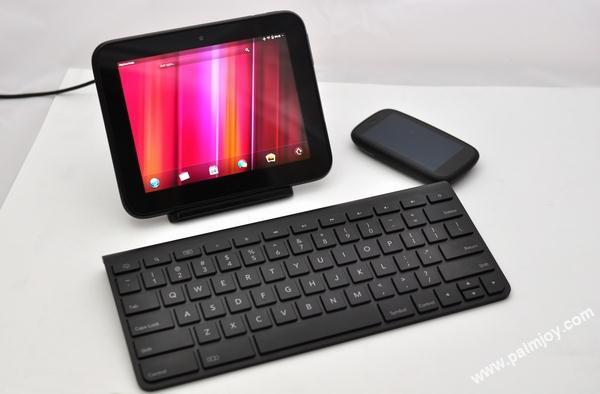 There's a bit of debate on whether or not the device will actually see the light of day. According to Slash Gear, it's unlikely that we'll ever get our hands on one. On the other hand, Softpedia says that it will be released in the near future – in China. It also raises questions about the discussions HP recently engaged in regarding the sale of webOS.

The original TouchPad was launched on July 1st, with a heavy marketing campaign featuring celebrities, but it didn't make much of a splash in the iPad dominated market. Built on top of webOS, the operating system HP acquired from Palm in a 1.2 billion dollar acquisition in 2010, the tablet raised a few eyebrows when HP began offering it for $100 after they announced that they would be discontinuing the device. During that time, sales actually surpassed those of the iPad for a brief period, until the remaining stock was sold.

HP's suppliers ended up being left with a large amount of excess TouchPad components – perhaps just enough for a small production run of a 7-inch version.