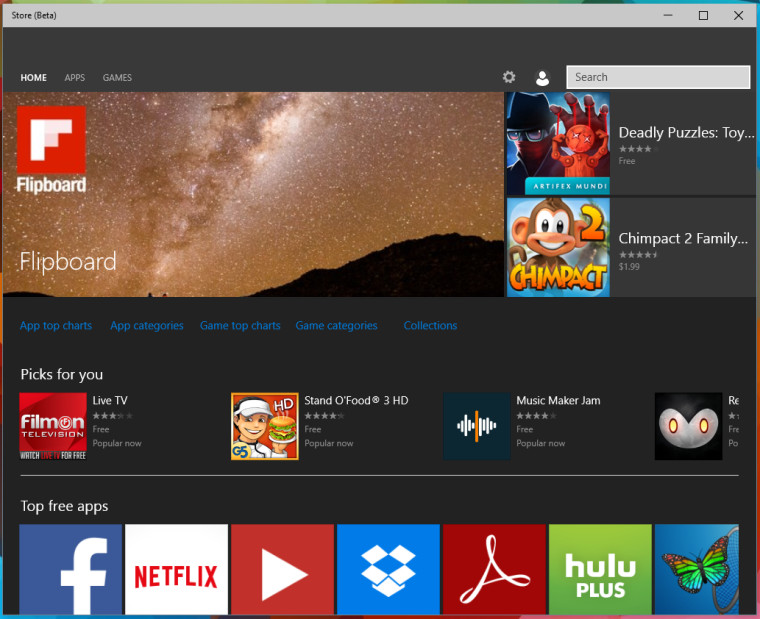 After announcing that Windows 10 has now surpassed 75 million installs in just four weeks, Microsoft has now proclaimed that there have been six times more app downloads per device on the company's latest operating system as compared to Windows 8.

This is rather interesting to note, keeping in mind that even though the app situation on the Windows Store has considerably improved since the inception of Windows 8, it certainly hasn't reached the level of what people would claim to be satisfactory. There are still many more apps that aren’t officially available on Windows PCs or phones, including plenty of big names, like Periscope, Pebble, Snapchat, Barclaycard, Comixology, Tinder, Grindr, HBO GO, Odeon Cinemas, Official F1, Nike+, Virgin Atlantic Airways, Starbucks, and many, many more.

However, Microsoft clearly is working hard to attract even more developers to its latest OS. With the release of Project Astoria, Islandwood and Westminster, the company hopes to minimize the 'app gap' by allowing developers to easily port their apps and games to Windows 10, with minimal change in the source code.