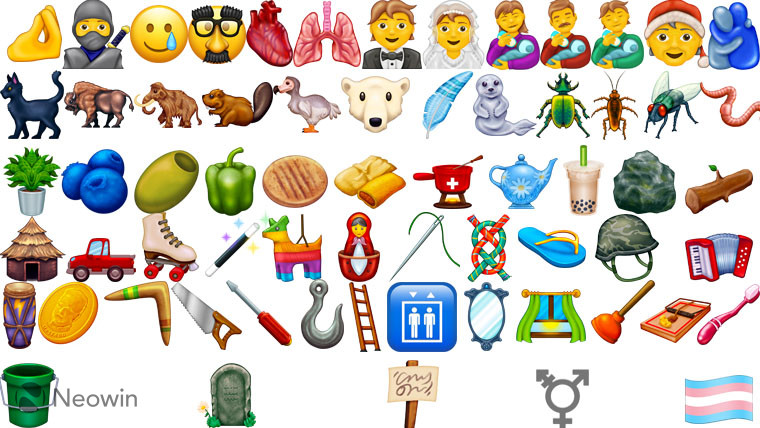 Today, the Unicode Consortium announced Emoji 13.0, including a list of 62 new emoji characters that will arrive on devices later on this year. All of them can be seen in the image above, and there are also 55 gender and skin-tone variants.

As usual, there are new hand emoji characters, new faces, new animals, new symbols, and so on. The pinched fingers emoji is sure to be a favorite, but we're also getting disguised face and smiling face with tear. There's a new ninja emoji, a person in a tuxedo, and a person with veil, all of which are gender-inclusive. For new animals, we're getting black cat, bison, mammoth, beaver, and polar bear.

The new emoji characters will start to show up on phones later on this year in September or October. iPhones, Google Pixel phones, and Windows 10 PCs will obviously get them first, followed by third-party OEM Android devices, which will get Emoji 13.0 on the OEM's schedule. But these should all make their way into iOS 14.1, Android 11, and Windows 10 version 20H2.