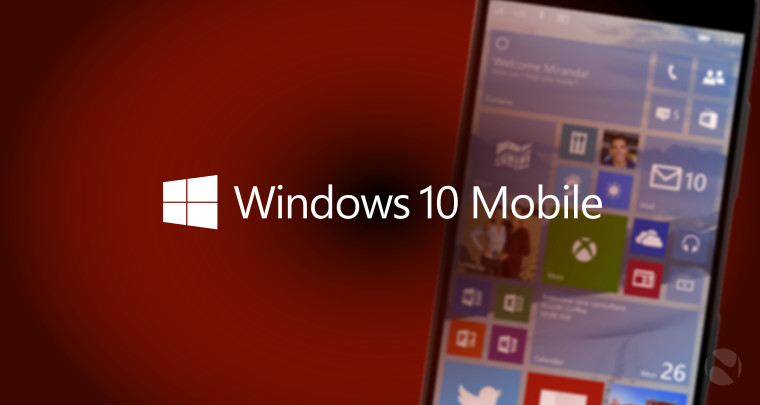 Windows 10 Mobile preview build 10080, is now finally rolling out to Insiders using a Lumia and the Fast Ring. And yes, that includes the Icon, Lumia 930 and the Lumia 640 XL and the first non-Lumia the HTC One M8, which until now were barred from the previews thanks to scaling issues. But that’s not to say this build is completely free of bugs.

Build 10080 brings lots of new features, including the Beta Store with access to the new Universal Office preview apps, as well as UI changes, more customization options and so on. But it also comes with its own set of issues and problems and that’s partially the reason why this build is only available to those on the Fast Ring.

One obvious flaw, that Gabriel Aul warned about, is the tile layout issue that some of you may have already encountered after updating. But there are a number of other known issues with this build. In fact here’s a list:

We’re aware of several migration issues after upgrading to this build.

After upgrading, you may see duplicate tiles for apps like Search and Phone under All Apps.

“Pending” may show under some apps after upgrade and those apps are unresponsive. Restarting the phone will clear the pending flag and the apps should work.

All data and settings for apps installed on a SD card do not get migrated and you cannot launch these apps or install them again. Workaround is to uninstall then reinstall these apps.

The old email app will still show up after upgrade in All Apps list with “Error” text displayed and cannot be removed. This app also shows up banged out on the Start screen if it was pinned previously. It can simply be unpinned to remove.

When upgrading from Windows Phone 8.1 to this build, even if you have your cellular data connection turned on, it will get turned off during upgrade. Go to Settings > Network & wireless > Cellular and SIM to turn it back on.

If you are in a region where Cortana is enabled (US, China, UK, France, Italy, Germany, or Spain) and you have changed the default shipping language on your phone – please ensure that your region, language, and speech settings are restored to their default values before initiating the update. This is required in order to avoid a bug that will cause Cortana/Search to repeatedly crash.

After upgrade, uninstalling an app may not remove it from the All Apps list. Usually restarting your device resolves this issue.

Playback of movies and TV may fail with error 0x8004c029 in the Video Preview app. If it does, go here to learn more about how to fix it.

After upgrading, the Twitter app may crash on launch. If you uninstall and reinstall the app, it should work.

Auto-update for apps is not enabled in this build for apps installed via Store Beta. You will have to manually check for updates.

Of course, this is by no means a complete list. After all, these are just the known and commonly found bugs, but others are bound to crop up as well. As usual we recommend caution, especially if you’re planning on installing Windows 10 Mobile Insider Preview on your main device.

Plus we'll have a lot of coverage on the main page so you don’t miss anything, and get to enjoy the latest build without risking your devices.