While there has been no official announcement on the title, but all the clues are there. Eidos is already working on reviving it's Deus X franchise, but what about the other title that they are working on?

In a job posting posted on their site a very big clue is given:

Eidos-MontrÃ©al is proud to announce the recruitment for our 2nd "AAA" project... A hint! The title begins with the letter " T ".

Not only that, but a screenshot seems to be leaked as well. 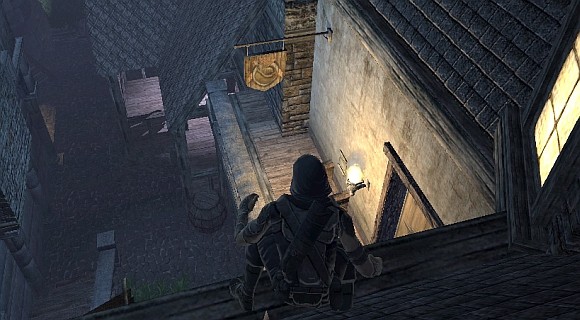 Several gaming news sites have asked for any sort of information from Eidos, but all have received the generic response of "no comment." This game (if it's actually another Thief game) will be the fourth in the long standing series, where it's last release came in 2004.

The series was first developed by Looking Glass studios (maker of System Shock), but the company folded in 2000. Ion Storm later took over the Theif series and developped the third iteration for PC and the original Xbox. Ion Storm then disbanded and a lot of the former employees joined 2k and went on to create Bioshock.