After a year of relatively modest “on the house” offers, the Origin store is finally offering a more modern game for gamers to download for free. Mass Effect 2 is regarded by many critics as the best of the original trilogy, and all you need to grab it is an Origin account and the Origin client, which you can set up here. Also, if you happen to like Bioware’s space opera and are willing to spend $10.99, you can get the entire series from DLGamer, and Mass Effect: Andromeda - the next instalment of the series - is on the horizon as well.

We live in an era where many good games are eclipsed by those backed by big publishers. The “Humble Monthly” subscription is a good way for passionate gamers to discover hand-picked indie games and timeless classics. The monthly package sets you back only $12 (even less if you choose a recurring plan), and also includes a AAA title to spice things up – the March offer is Total War: WARHAMMER, a real-time strategy game that will have you command one of the four races – the Empire, the Dwarfs, the Vampire Counts, and the Greenskins - in battles of impressive scale and epicness.

There are a number of other perks to Humble Monthly, such as indie games developed exclusively for subscribers, a 10% discount on purchases from the Humble Store, and the fact that 5% of the proceeds go to a charity. If you’re wondering, the previous Humble Monthly package included: XCOM 2, Ryse: Son of Rome, ABZU, SteamWorld Heist, Okhlos Omega, Project Highrise, and Husk - not bad for $12. 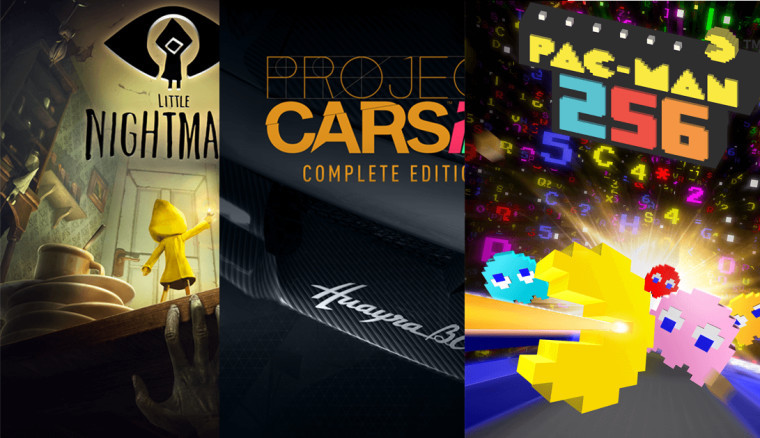 Another bundle that offers great value for money is the ‘Bandai Namco Bundle’, also from the Humble Store. This is a tiered bundle with a low barrier of entry – for $1 or more you get a taste of the classics with PAC-MAN 256, Ace Combat Assault Horizon, and ENSLAVED: Odyssey to the West.

If you’re willing to pay more than the average (about $9.49/€8.79/£7.59), you can get the excellent Project CARS, as well as Warhammer 40,000: Eternal Crusade, and the weirdly named NARUTO SHIPPUDEN: Ultimate Ninja STORM 3 Full Burst. Spending $15 or more adds 12 Project CARS DLCs into the mix, along with Tales from Zestiria, a Japanese fantasy role-playing game.

You can always go for the top tier, which will take away $35 of your hard-earned cash for all of the above, as well as access to Little Nightmares, an upcoming puzzle-platformer that aims to give you the same chills that Silent Hill can.

Sniper Elite 4 – This is a game that will please the “PC Master Race”, in that this will be a PC-exclusive due to the scale and complexity of the maps and AI. The action takes place after the events of Sniper Elite 3, so this is a must-play for every fan of the franchise. The developers have promised that it will be a “sniper's paradise”, and you can be among the first to experience it for $44.99 (about €41.69/£35.99) from Gamers Gate.

If you are a Sniper Ghost Warrior veteran, or are looking for an alternative to the Calls of Duty and the Battlefields of the world, you can pre-order the Season Pass Edition (a.k.a the non-ask-you-later-for-more-money-edition) for $39.99 (about €37.09/£31.99) from Games Planet.

Sang-Froid - Tales of Werewolves – An unconventional, brain-teasing game from Artifice Studio, that features a mix of tower defense and strategy elements – which is now free on Steam. In this indie gem, you take control of one of the two O’Carroll brothers who must protect their sister from folkloric creatures and spirits that have come to claim her. The graphics are a little rough, but Eurogamer thinks the gameplay is rewarding despite such shortcomings, which are mostly due to a limited budget.

The Expendabros – A ridiculously fun crossover between the famous Broforce and the infamous The Expendables 3, and also one of the few indie games on Steam with over 10,000 positive reviews. It’s free, so you have no excuse not to try it. You can also buy it for $13.99 if you want to support the developer.

TimeShift – This is one of those low-budget games that are good enough to see the light of day, but doesn’t manage to sell all that well. As the title suggests, this game is all about time manipulation, which you have to use in order to stop a mad doctor that has managed to alter the timeline and proclaim himself as the dictator of a dystopic world. For $9.99, you can get it DRM-free on GOG.

Sunless Sea – Made by an independent studio (Failbetter Games), this top-down game will have you navigate a vast underground ocean that is populated by giant sea monsters. As the captain of a worn out crew, you will have to use the limited resources at your disposal as creatively as possible to survive the journey back home. It doesn’t need a powerful PC, and can be had for $6.39 from GOG.