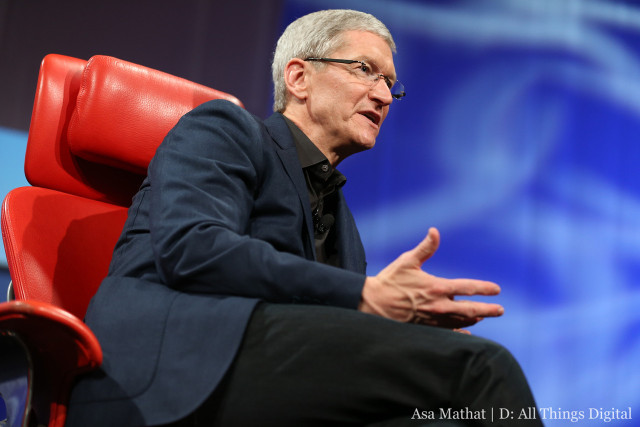 Apple has famously never made any of its iOS apps for other platforms, while all of the competition make apps for iOS. Google have their Search app - which includes Google Now - while Microsoft have OneNote, with rumors swirling that Redmond could be thinking about the whole Office for iOS suite.

Speaking at the D11 conference hosted by AllThingsD, Tim Cook claimed that Apple has "no religious issue" with bringing iOS apps to Android, but it doesn't make sense to do it presently. "[Y]ou will see us open up more in the future," Cook claimed, "But not to the degree that we put the customer at risk of having a bad experience." This ideology harks back to the Steve Jobs era when Apple wanted to own the "whole widget" not just parts of it.

When asked definitively if Apple will open up more, Cook replied with one word: "Yes." Despite this statement, tensions between Google and Apple have not subsided and Apple is still engaged in a lawsuit with Samsung.

You can watch the rest of Tim Cook's interview below: