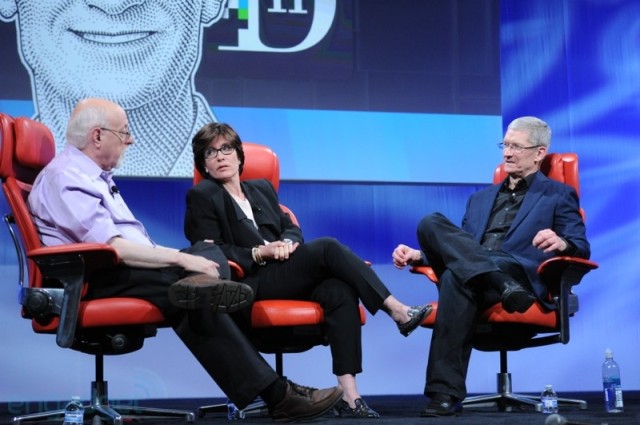 Tim Cook has just finished his interview at D11, the annual conference held by AllThingsD, which sees the biggest and brightest tech stars on stage being interviewed. Apple has been having a turbulent year, with a stock price that has tumbled from a $700 high and a sense of stagnancy within iOS, which desperately needs a redesign.

MacRumors reports that Cook told the audience that Apple is planning on opening up APIs to developers, but doesn't want to risk a "bad experience" for the end user:

Always a fine line, or maybe not so fine. The customer pays us to make choices on their behalf. But you'll see us open up more.

This openness doesn't extend to Chat Heads (more info here), one of the headline features in the Facebook Home Android skin which was announced earlier this year. According to MacRumors, Apple will "allow third party apps to take over some iOS features," which hints strongly that users will be able to set their own default apps, such as Chrome in lieu of Safari. Tim Cook previously said that Apple has "no religious issue" with porting iOS apps to Android, and would if they considered it the best thing to do.

These changes are expected to be implemented in iOS 7, which will launch at WWDC 2013 in June.