A few days ago we ran a story about iOS beating Android on HTML5 performance, so we thought it'd be a perfect time to take a look at some of the best HTML5 games out there. There aren't quite as many around as there are Flash games, but there are some real gems out there that show the strengths of the platform, if you know where to look. Some of these games are mobile, some are them are built with desktops in mind, and some are great on both, but they're all great. 'PC' refers to any kind of traditional computing device here, so if something says PC only, that means it should run just fine on a Mac or Linux box, too. Mobile refers to pretty much everything in between. 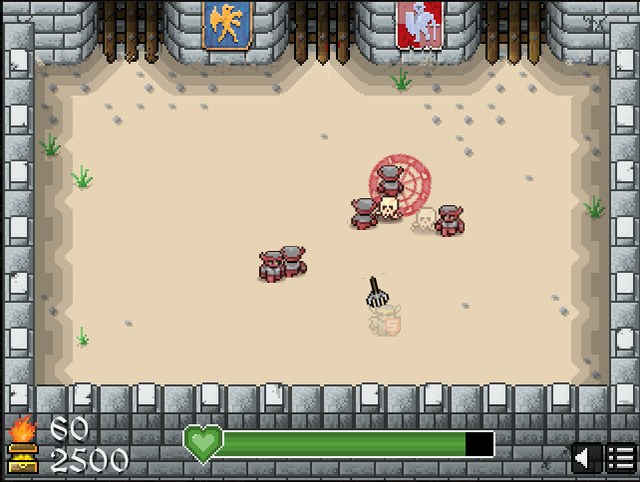 Onslaught is a really simple game: you're in an arena, there's monsters coming out of three gates, and you throw different weapons at them. Sometimes there's a boss. Sometimes big enemies split into smaller enemies. All in all, though, it's a pretty mindless defender type game, with a little 8-bit RPG charm thrown in. It's a solid experience, though, one that calls to mind the addictive flash games of yore, and it's enough to hold your attention for a few minutes. 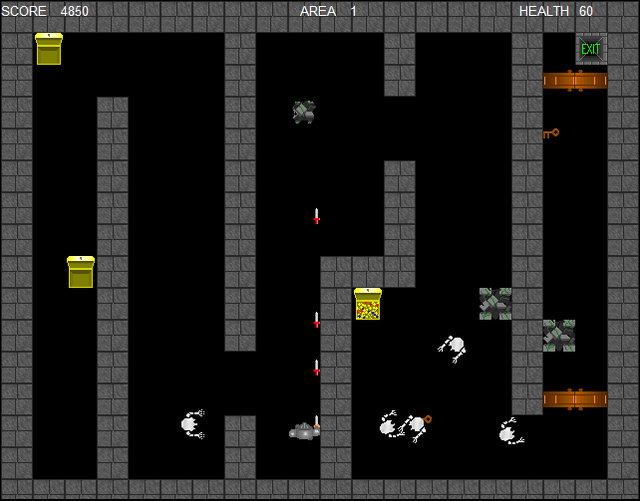 Dark Age is basically Gauntlet in a browser. The areas aren't quite as complex as the original, but it's easy to recognize the same concepts of gameplay: you collect treasure and keys as you navigate a maze filled with hordes of enemies that regenerate from different structures. Take out those structures and they'll stop so you can move on to the next area. The graphics aren't anything to write home about, and it lacks some of the original's variety, but it's pretty decent for something that runs in a browser and definitely worth a look. 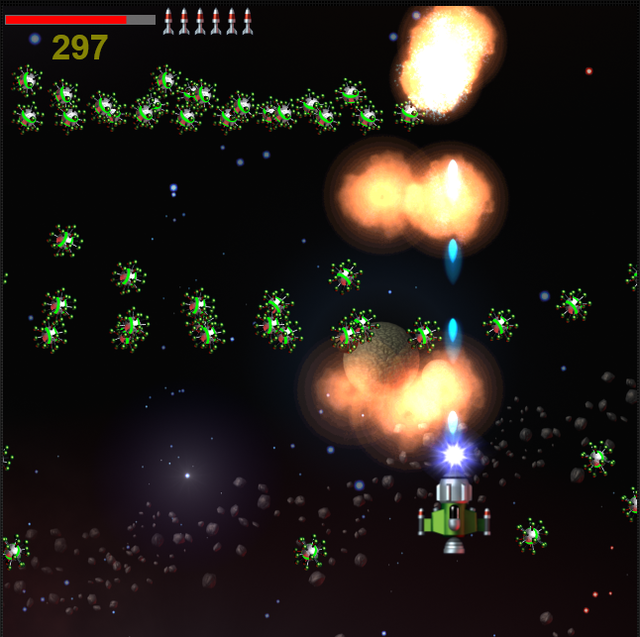 This is a pretty frantic space shooter where you're confronted by hordes of enemies wielding sharp and/or exploding thingies. It shows a good level of polish, although we wonder why the developers didn't go the extra mile and implement some touch friendly controls for the mobile users among us, given all that's been said about HTML5 and mobile. 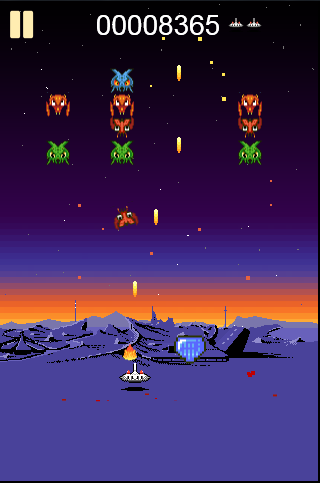 This game brings all the frustratingly difficult gameplay of your typical Galaxians or Space Invaders type game to your mobile device. While it's still compatible with traditional PCs, keep in mind that the screen will be sized to fit a typical smartphone, so it may seem a bit weird to play it on a full sized display. It's got some decent graphics, and it does a pretty good job of transferring the addictiveness of its bigger brothers to HTML5. 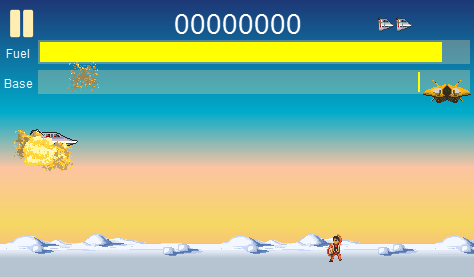 This is a Star Wars inspired game that's also a not-so-subtle Defender clone. Fly across the barren landscape of Hoth in your T-47 snowspeeder while dodging Imperial drones and other enemies. At the same time, you've got to sweep low to rescue as many stranded rebels as you can, and there's only a limited amount of time to fulfill your quota of rescues before you return to base.

Unfortunately the small screen occasionally made it hard for us to keep up with what was going on, as there is a lot of action taking place on screen at one time. There were a few times when we (quite literally) didn't have a clue what hit us. Still, Rebel Rescue kept us coming back for more, so it must be doing something right. 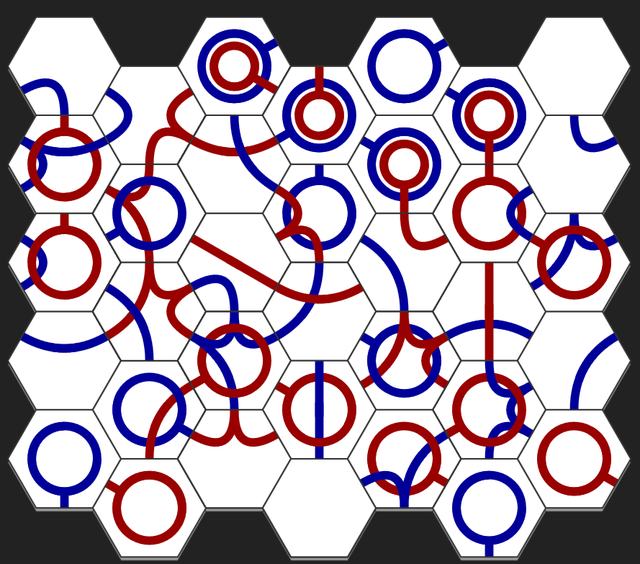 Like Rubik's Cube, Curvy is simple on the surface, but exceptionally simple to master. It's far from the most technologically advanced game on this list, and the graphics are hardly anything to write home about. Yet it's on this list because it's just fun. Basically, you're confronted with a screen filled with hexagons. On each hexagon there is a series of colored paths, and it's your job to turn the hexagons until all of the paths fit together. Sounds easy, doesn't it? Give it a try and you'll see otherwise!

4: The Sarien Collection - Mobile or PC 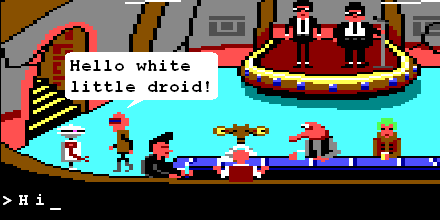 Number 4 on our list is sort of the start of a colossal tie. This and any of the games that come after it could easily be considered the best of the best, at least by our standards, and different people will have different standards of what's 'good' and what's 'bad.' But since this is supposed to be a tidy list, we're just going to put them in this order – but keep in mind that we love them all very, very much!

This is a really amazing collection of games that transfer several classic Sierra adventure games into HTML5 format. You can play the original King's Quest, Police Quest, Space Quest, The Black Cauldron, and Gold Rush here, all for free, and with Sierra's blessing. Pretty sweet, huh? Stop by and give it a shot. The graphics are crude, the sound is absent, and yet these old games have still held up surprisingly good in the twenty-plus years that they've been around, and first time players will find plenty to love here. 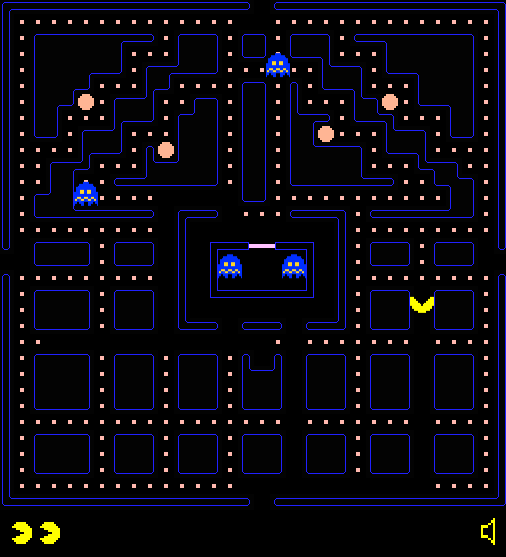 Pretty much everyone has played Pac-Man at some point or another, so we're not even going to bother explaining this one. The novelty of this version comes from its sheer size. Instead of going from one maze to the next, you're plopped into the middle of thousands upon thousands of mazes, and you can go from one to another any time you want, regardless of whether or not you actually finish the one you're in. Oh, and all of these maps happen to have been designed by people just like you – you can even make your own, if you have a Facebook account, although you won't need one to play. Since they're all player made, the mazes can be hit and miss, but just because there are so many good ones, and because the game itself has so much potential, this one earns a solid place on our list. 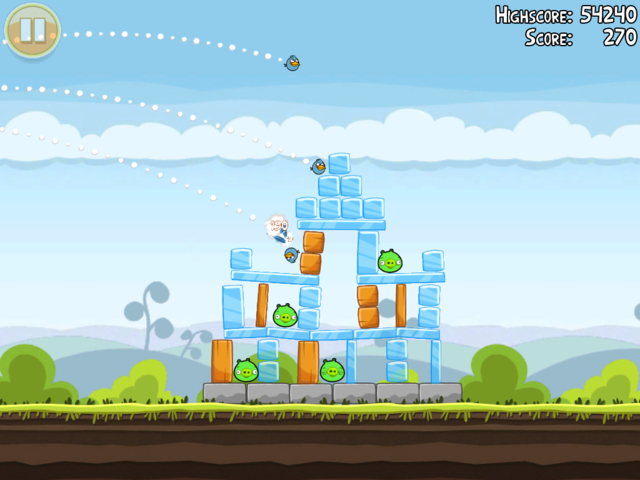 This one is 'optimized' for Chrome, but it works on most modern browsers, sans sound, which is provided by Flash in other browsers (mobile users, however, are out of luck). It features a whopping 70 levels, plus seven Chrome exclusive levels, all for free. As you probably already know, it's a physics based demolition game that you might go so far as to call a puzzler. The gameplay centers around sending the titular Angry Birds sailing through the air and into pig infested buildings. Yeah, kind of weird, but it's a video game. 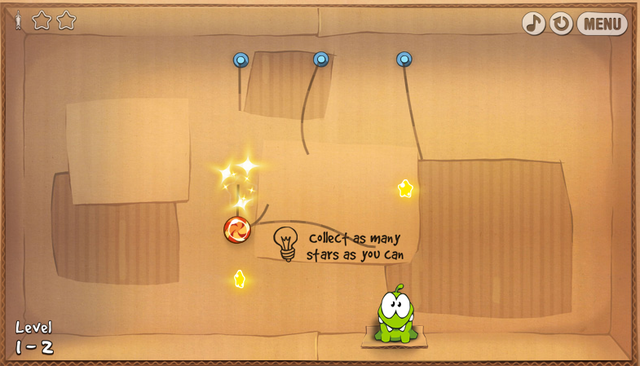 Microsoft really hit the nail right on the head with this one. Not only is it a great game, but it does a good job of showing a level of portability and stability that's just unheard of with Flash. If you're familiar with the mobile apps for myriad platforms, you'll be right at home here. If not, it's pretty simple: strategically cut the ropes that are dangling a piece of candy in the air, guiding it past obstacles and into a vaguely reptilian creature's mouth.

Even though the game, like The World's Biggest Pac-Man, was developed as a promotion for IE9, it runs great on any browser, although IE users will get access to some exclusive levels. With great graphics, a polished gameplay experience, and a brilliant gameplay concept, Cut the Rope is easily the most ambitious HTML5 game out there right now, and a real model for future developers to aspire for.

So, do you have any favorite HTML5 games? Drop us a comment below and let us know!