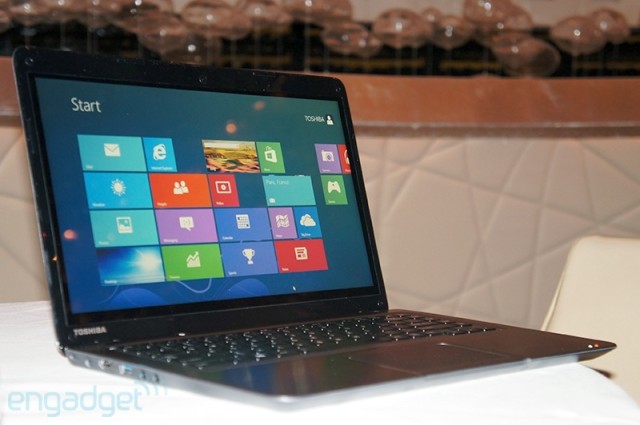 Here's another pre-CES announcement for you: Toshiba has unveiled a brand new budget Windows 8 Ultrabook known as the Satellite U845t, coming loaded with a 14-inch 1366 x 768 touchscreen panel and decent internals. It's not quite the most slender Ultrabook we've seen at 1.8 kg (4 lb) heavy and 20.3mm thick, but for $800 it's quite alright.

To get more specific on the internals, Toshiba are packing the notebook with either an Intel Core i3 or Core i5 processor, up to 6 GB of RAM, and a 500 GB hard drive coupled with a 32 GB SSD. Around the machine you'll find a HDMI and Ethernet port, SD card slot and one USB 3.0 port with two USB 2.0 ports.

Toshiba is one of the few companies doing it right at CES by announcing the launch date of the Satellite U845t - it'll be available for purchase on March 10th this year.