German company TrekStor is perhaps best known for its storage devices, but the range of products that it offers is far more diverse than just hard drives. The company has also launched set-top boxes, digital TV dongles, mobile Wi-Fi hotspots, e-readers and even a diverse range of Android tablets, including some with integrated 3G connectivity.

TrekStor has not previously offered a smartphone - but it looks like that may be about to change. At the recent IFA trade show in Berlin, TrekStor was one of several brands that showed off its first Windows Phone. 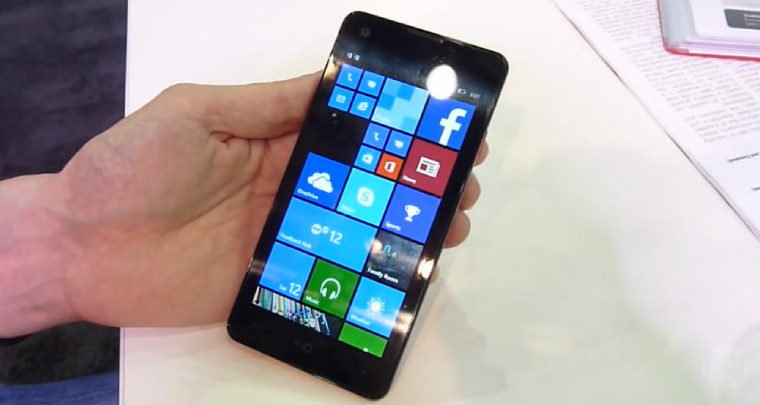 If the device itself looks familiar, that's probably because you've seen it before, albeit from various different companies. Manufactured by white-label manufacturer JSR Technology, the handset is based on its 'I7B' reference design, which we've already seen as the XOLO WIN Q900s and the Yezz Billy 4.7.

Brands are free to customize ODM reference designs with their own spec changes and aesthetic alterations, but it seems that the TrekStor device has not been altered from the basic model, which includes:

According to TuttoWindowsPhone.net, TrekStor has said that the device will be available to buy in Italy from November, priced between €120-€150 EUR (around $155-$195 USD). It is not yet clear if the company plans to make the device available in other markets, but for now, take a look at this short hands-on video to see it in action:

The device does not yet appear to have a name, but TrekStor will no doubt wish to choose its name very carefully. In 2007, the company found itself at the center of an unfortunate controversy, after it named the latest addition to its i.Beat MP3 player range the Blaxx. The i.Beat Blaxx.

If you still haven't got it, try saying the name out loud to yourself a few times, and prepare yourself for maximum facepalm. Just make sure you're not in a public place when you do so.

TrekStor joins the growing list of manufacturers and device brands that have signed up to the Windows Phone platform in recent weeks and months. Be sure to check out our A-Z guide to all of Microsoft's Windows Phone partners.

Source and image: TuttoWindowsPhone.net via WMPowerUser