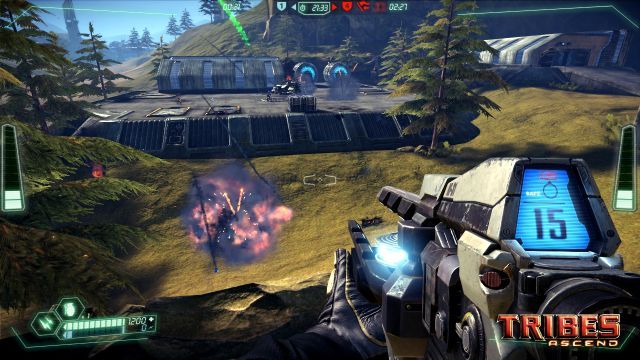 Tribes Ascend, the recently announced free-to-play revival of the classic sci-fi first person shooter, is getting ready to let some members of the public try it out. After showing off playable versions of the game at events like QuakeCon and PAX, developer Hi-Rez Studios has announced that the PC exclusive game will start its closed beta test on November 4. The game itself will officially launch in 2012.

Interested players can go ahead and register to be picked for the closed beta at Hi-Rez's web site. However, you can also ensure that you will be included in the beta test by paying $29.99 to get more features than the normal free-to-play Tribes Ascend player. That includes permanent VIP status in the game when it official launches. Being a VIP means that players will get "priority login, access to exclusive servers, and will earn Tokens and Experience faster inside the game." Players will also get a 30 day Booster and 800 Tribes Gold.

If you get picked to play in the beta test, here are the minimal and recommends PC system requirements you will need to play the Tribes Ascend beta: