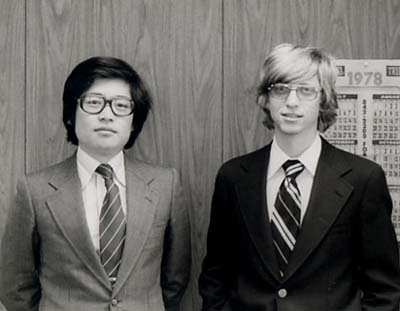 Father of the MSX: Kazuhiko 'Kay' Nishi, seen here with Bill Gates, also designed one of the first laptops

If you weren't living in Japan, South America, or a select few European countries during the mid-80s, chances are that you missed out on the heyday of the MSX. Despite being built on a Microsoft platform, it was never able to make much of a dent in the US or UK markets, but boy, were things different overseas.

Created at the dawn of the 16-bit era, MSX was designed as "a final, ultimate 8-bit machine," in the words of its 'father', Kazuhiko 'Kay' Nishi, a personal friend of Bill Gates (who described him as "more like me than probably anybody I've ever met") and the founder of ASCII Corp., Mirosoft's Japanese agent. Nishi's story is worth an article in its own right, but we'll save that for later. For now, we're focusing on one episode from his storied career: his quest to create a standardized platform for home computers.

Now, by standardized platform, we don't just mean software; Nishi took inspiration from formats like VHS and Betamax, which were revolutionary at the time, and hoped to bring some of the same cohesion to computing. This meant more than software compatibility - this was going to be a standardized platform, led by Microsoft, right down to the hardware and peripherals. Actually, that's a little bit like what we're seeing from Windows Phone nowadays, isn't it? 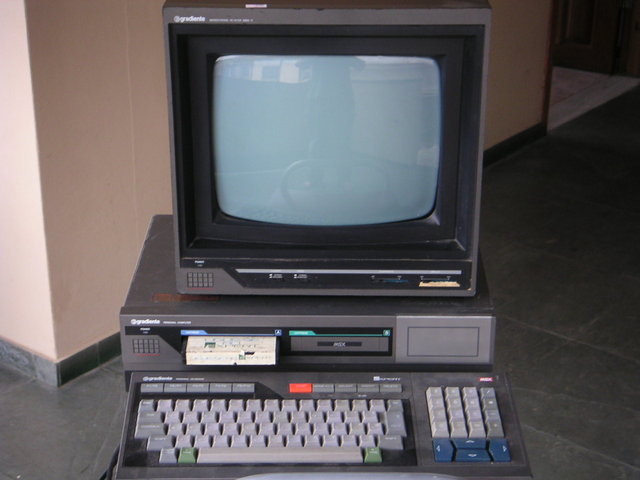 Monitors: Most MSX hardware didn't include a monitor

This was partly in response to something that had kept the big Japanese electronics firms out of the early PC market: the total lack of a platform to build upon. Back then, companies like Sony were smart enough to not try their hand at building software, and no one seemed to take the initiative to create an open format. Nishi had the answer, in the form of Microsoft Extended Basic, or MSX.

In the end, MSX wound up being more of a gaming platform than a computing platform. Every piece of MSX hardware had the same basic design, built upon the same basic components: a 3.58 MHz Zilog Z80A, a minimum of 8 KB of RAM and VRAM, with support for eye-popping 16 color graphics, all available at an insanely low price point of around $400. Writing a program for one MSX machine was the same as writing it for another, even moreso than writing a program for a modern Windows machine, and this meant that it was perfect for creating a gaming ecosystem.

If you've never used an MSX computer, then there's still a pretty good chance that you've felt its influence in the gaming market. It was on MSX that franchises like Metal Gear and Puyo Puyo got their start. The MSX version of Metal Gear, by the way, is way better than the NES port. 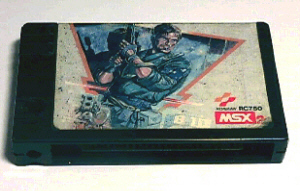 Despite all of that, the MSX died in obscurity. Just as Microsoft had brought the format to life, its lack of support for the platform definitely contributed heavily to its death. Technical difficulties over the development of the MSX3, a more powerful, updated version of the standard, and the failure of the MSX2+, caused Microsoft to part ways with ASCII Corp and opened their own Japanese subsidiary to handle future developments. Unfortunately, by then the platform had virtually no support from hardware makers, and it languished up until 1995, when the MSX TurboR was discontinued in Japan. 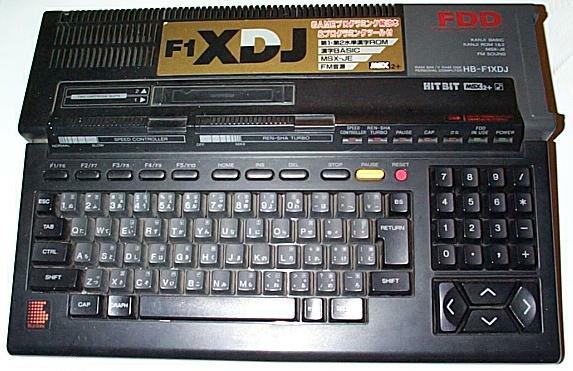 Space: A Sony MSX2 made it all the way into outer-space aboard Mir

Still, MSX managed to leave a surprisingly large legacy. In addition to helping to create some of our favorite gaming franchises, it opened the doors for Nintendo to introduce the Famicom, and became a favorite of Eastern European pirates for adding subtitles to bootleg VHS cassettes. A Sony MSX2 machine even made it into space aboard Russia's Mir space station. We're not sure about it being the first Microsoft product in space, but it's got to be close.

And what about Kay Nishi? Well, like we said, he's worth an article in his own right, but in recent years he's still been a fan of the MSX platform, advocating the official MSXPLAYer emulator, and pretty much anything that keeps his baby alive.