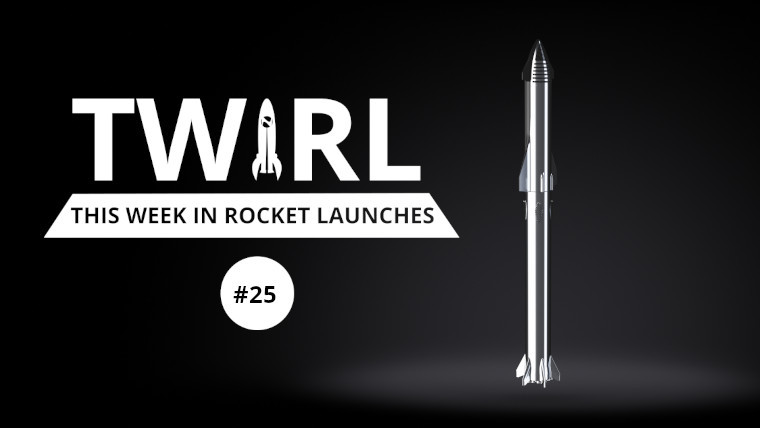 Before we get onto next weeks launches, it's worth mentioning that SpaceX just took another big step with its Starship rocket yesterday. While no launches were performed as we’ve seen in the last couple of months, the company did finally stack the upper stage, called Starship, to the lower stage dubbed Super Heavy.

SpaceX CEO Elon Musk posted images of the rocket at various stages throughout the stacking process and none of them really allow you to appreciate just how tall the rocket stands. Once stacked, Starship stands at around 120 metres which is taller than the 111 metre Saturn V rocket which NASA used to send men to the Moon decades ago.

This week, there are just two launches. The first takes place on Tuesday at 9:56 p.m. UTC from Wallops Island, Virginia. A Northrop Grumman Antares 230+ will launch a Cygnus spacecraft, once in space, Cygnus, which will be carrying operational cargo, will make its way to the International Space Station. The launch should be available on NASA’s YouTube livestream.

The second and final launch of the week is the GSLV Mk.II rocket carrying Earth Observation Satellite 3 (EOS 3) into orbit. We have mentioned this mission several times in the past but it has suffered several delays. The satellites will be in geostationary orbit over the Indian subcontinent and will monitor natural hazards and disasters that will be able to assist government responses to incidents. You can learn more about the mission over on the Indian Space Research Organisation’s (ISRO) website.

Last week were expecting United Launch Alliance to send up the Starliner spacecraft but this launch was delayed even though the rocket was put in place on the launchpad.

A Long March 3B successfully launched the Zhongxing 2E satellite which will be used for military communications.