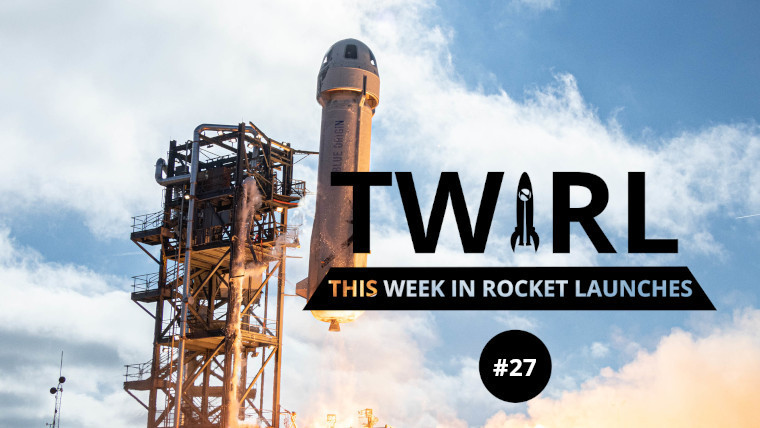 The first rocket launch of the week will take place from China’s Xichang Satellite Launch Center where a Long March CZ-3B/E will launch the sixth Communications Engineering Test Satellite also known as Tongxin Jishu Shiyan 7 (TJS 7). The satellite is a part of China’s technological demonstration missions so technologies on this satellite may be used in future missions, it’s unclear what exactly is being tested though.

The second launch of the week will take place at the West Texas Suborbital Launch Site at 1:35 p.m. (UTC). Blue Origin will carry out its NS-17 mission which will see New Shepard perform its first mission since taking Jeff Bezos, Wally Funk, and others to the edge of space. The mission will carry 20 payloads including an Uplift Aerospace artwork created by Amoako Boafo. You should be able to watch this live or as a replay on the Blue Origin website.

The final confirmed mission of the week will take place at 7:37 a.m. (UTC) from Cape Canaveral AFS Launch Complex 40. SpaceX will launch a Falcon 9 Block 5 rocket carrying the Dragon 2 spacecraft which is headed to the International Space Station with cargo. It will be carrying vital supplies needed for the science experiments taking place aboard the ISS. You should be able to watch this live or as a replay on SpaceX’s website.

On Wednesday, a Chinese Long March 4B rocket carried two Tianhui-2 satellites into orbit where they will be used for science experiments, land resource surveys, geographic surveys, and mapping.

Finally, the Soyuz 2.1b which was supposed to carry the OneWeb satellites into orbit saw an aborted mission. You can see the footage below.