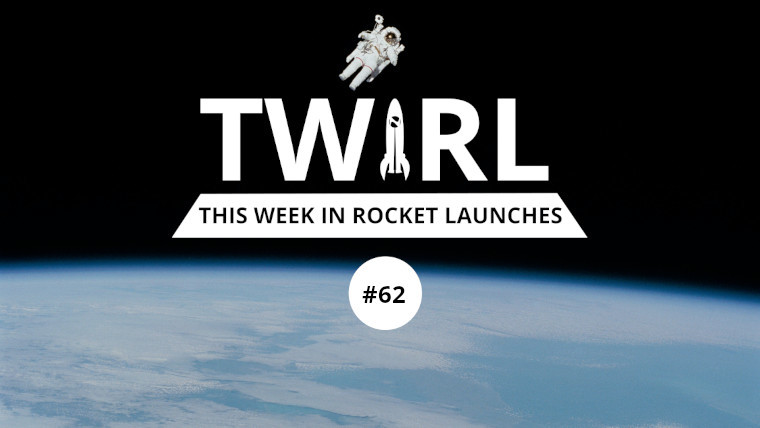 We’ve got quite a busy schedule for rocket launches this week including iSpace’s Hyperbola rocket, Roscosmos’ Angara 1.2, Rocket Lab’s Electron, and two of SpaceX’s Falcon 9 craft. The most noteworthy of these is SpaceX’s Crew-4 Dragon CCP (commercial crew program) mission which will carry NASA astronauts Kjell Lindgren, Bob Hines, and Jessica Watkins as well as ESA astronaut Samantha Cristoforetti to the International Space Station.

The first launch of the week is iSpace’s Hyperbola SQX-1 rocket carrying a replacement satellite for a Jilin satellite that was lost in a launch failure last year. The new satellite will replace Jilin-1 MF-01A which attempted a launch on the same rocket type but ultimately failed. This mission is scheduled to launch at 7:20 a.m. UTC from the Jiuquan Satellite Launch Center.

The second mission of the day, due about 12 hours later from the Plesetsk Cosmodrome at 7:36 p.m. UTC is Roscosmos’ Angara 1.2 rocket carrying the MKA-R satellite. The satellite is believed to be a military radar satellite.

Today is the day when SpaceX will be carrying four astronauts up to the International Space Station in the Crew Dragon spacecraft. The Crew-4 Dragon CCP mission will blast off on a Falcon 9 B5 rocket at 7:52 a.m. UTC from Florida. Aboard the spacecraft will be NASA astronauts Kjell Lindgren, Bob Hines, Jessica Watkins, as well as ESA astronaut Samantha Cristoforetti. The booster that will be used on this rocket is B1067, it has been used three times before but this is the first commercial crew mission that it’s being used on. The event will be streamed by the NASA YouTube channel.

The second launch on Wednesday is Rocket Lab’s Electron rocket carrying 34 commercial payloads. We spoke about this mission last week, it will see Rocket Lab perform an air-catch recovery for the first stage of the rocket using a helicopter. It’s an alternative method to reusing rocket components and could be less costly than SpaceX’s method of landing rockets back down on the pad using the rocket’s fuel. The mission is due to launch from New Zealand at 10:35 p.m. UTC and will be streamed on Rocket Lab’s website.

The final launch of the week is SpaceX’s Falcon 9 B5 rocket carrying 53 Starlink satellites. This mission will take off from Cape Canaveral at an unspecified time, hopefully, this will be known a bit later. Just like other Starlink missions, this will bolster the capacity and coverage of the Starlink constellation, providing better internet connectivity for customers on the ground. If you’re interested in watching, head over to SpaceX’s website on the day to tune in.

With several delays last week, the only launch we got last week was a Falcon 9 carrying a batch of 53 Starlink satellites into orbit.