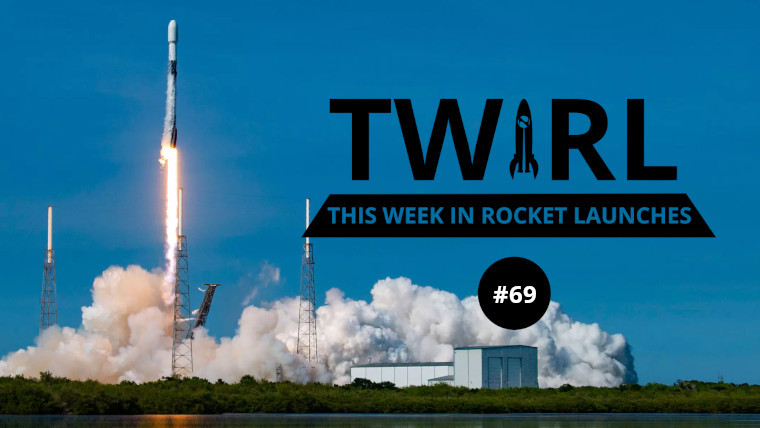 We have a fairly interesting week coming up in rocket launches. While there are no manned launches, we do get a launch from South Korea which is a bit unusual. SpaceX is also putting some satellites into orbit for customers including the German army – the Bundeswehr. There are a couple of missions marked as No Earlier Than but they’re out of the scope of this article because they might not even be launched this week.

The first launch of the week is a South Korean Nuri rocket. It’s also known as KSLV-II, which stands for Korean Space Launch Vehicle-II. The Nuri rocket was first launched last October but failed to place a test payload into orbit. On this launch, it will be carrying another demonstration satellite along with a CubeSat.

It is due to be shown on YouTube when it launches between 6 a.m. and 8 a.m. UTC.

The second and final launch of the week will be a SpaceX Falcon 9 B5 carrying the SARah 1 satellite which will be used for radar. This is the satellite being orbited for the Bundeswehr. There are a whole host of secondary payloads being orbited too including a Sherpa-NG smallsat carrier and a Vigoride CubeSat carrier.

This mission has not had much success to date, it was first meant to launch in November 2020 but has suffered six delays since then. It’s not clear what time the launch will happen, but SpaceX could stream it on its website on the day. If not, check next week’s TWIRL recap for footage of the launch.

Two editions ago of TWIRL, we said that China was sending a manned mission to the Chinese Space Station. After publishing last week, these taikonauts finally got off the ground, here’s some footage of that launch.

The only other launch we’ve had since then is a SpaceX Falcon 9 carrying the Nilesat 301 comms satellite from Cape Canaveral. You can watch it below.

That’s all we have for this week, be sure to tune in next week!