Twitter’s analytics team posted a blog entry about how well they are performing, in terms of how many “tweets” there are at any given time.  The Twitter team said that they are seeing 50 million tweets a day from their users, a staggering 1,400% increase over last year.

Twitter did note that the total number of tweets per day do not include tweets that have their account flagged as spam. 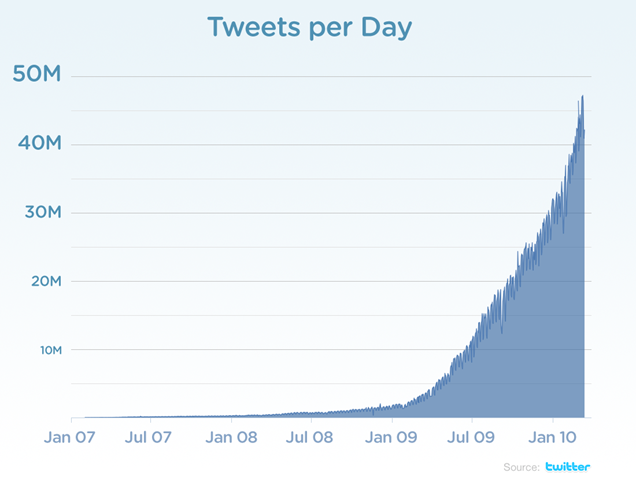