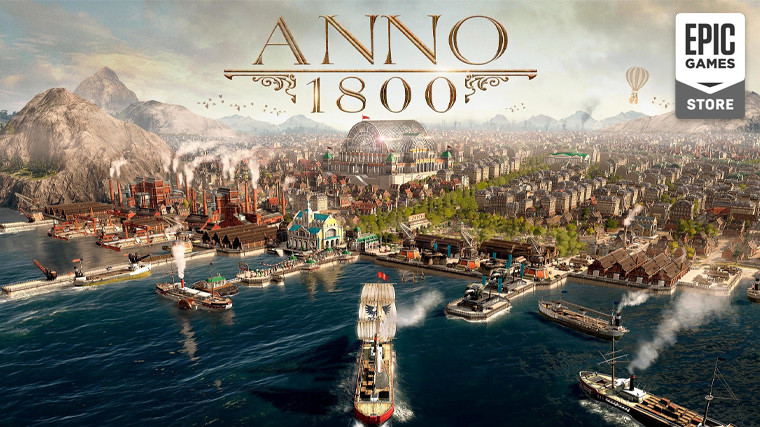 Epic Games Store's exclusive list has grown once again, and this time it is Ubisoft's city building title Anno 1800 that's moving over from Steam. The game has had a pre-order page on Steam for quite a while now, which has now been updated with a notice saying the title will no longer be available on the platform to purchase following its release on April 16.

According to Valve's notice, everyone who's already pre-purchased the game on Steam or does so before April 16 will receive the game, future updates, and have purchase access to any upcoming DLC as previously planned.

"We apologize to Steam customers that were expecting it to be available for sale after the April 16th release date," Valve added.

This is quite similar to what occurred with Metro Exodus, but instead of a day's notice, at least now Anno fans have over two weeks to decide if they want to purchase the new entry through Steam before its exodus to Epic. Here's the new Anno 1800 Epic Games Store page for those interested.

Ubisoft announced recently at GDC that it was expanding the partnership it had with the Epic Games Store after the successful launch of The Division 2 on the new storefront. Also, just as with The Division 2, Ubisoft's Uplay store will sell the game alongside Epic, and since the multiplayer is handled through Uplay - even the Steam version -, players on different platforms won't be walled off from each other.