Airlines are continuing to explore ways to leverage widely available technologies to help improve efficiency, cut costs and provide passengers with better service. From using tablets to speed up passenger check-in at airports, to using business intelligence tools to identify millions of dollars in potential savings, air carriers are increasingly turning to mainstream tech giants to help drive improvements across their operations. 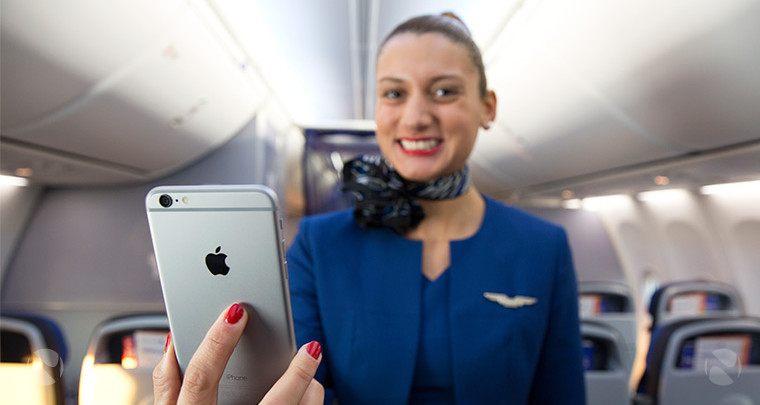 The latest such example is United Airlines, which has announced that it is deploying Apple's iPhone 6 Plus to over 23,000 flight attendants working on its mainline fleet of over 700 aircraft. Crew will begin to receive their devices in Q2 2015, using them for a range of purposes, including:

It won't end there, though - United says that it plans to add more features in the future, such as:

United's decision to equip cabin crew with phablets follows a similar program on Delta Airlines, which initially rolled out 19,000 Lumia 820 Windows Phones to its flight attendants last year, and announced this year that it will upgrade these to the massive 6-inch Lumia 1520.