Toshiba is introducing some new PCs this fall, one of which will have Windows 8.1 out of the box. It happens to be an 8-inch tablet, the Encore, that will be coming out this November, a few weeks after Windows 8.1 launches on October 18th. 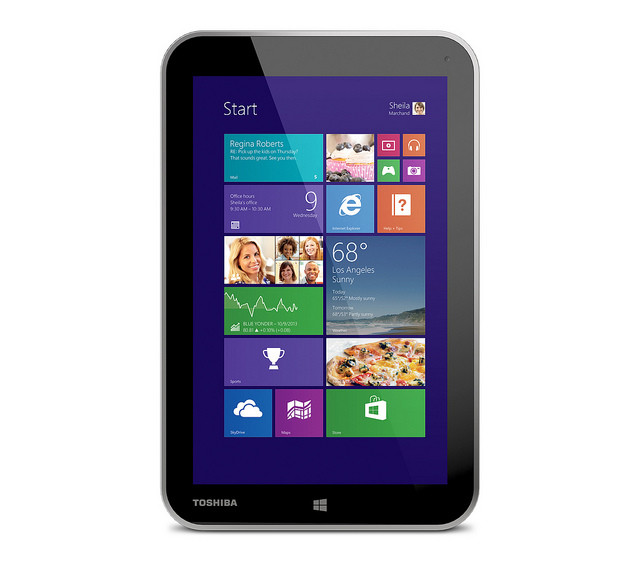 The Toshiba Encore is 0.42 inches thick and weighs 16.9 ounces and it's display has a resolution of 1280x800. It has a version of Intel's low powered Atom processor inside (no specific specs yet), along with an eight megapixel rear camera and a two megapixel front facing camera. It has 32GB of storage with a microSD card slot for additional space. There's no word yet on the amount of memory inside the Encore.

The tablet will include a free copy of Microsoft Office Home & Student 2013. The price for the Toshiba Encore will be $329.99. 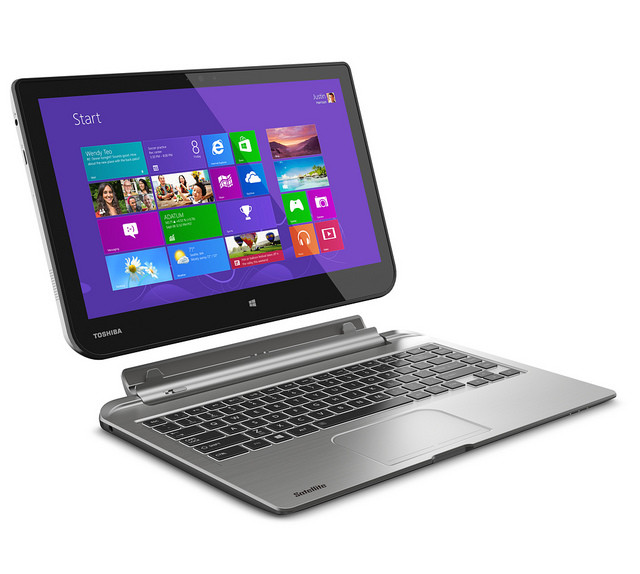 Another upcoming Toshiba Windows 8 device is the Satellite Click, a 13.3 inch notebook with a detachable display that lets it double as a stand alone tablet. Inside it uses AMD's 1 GHz A4 APU with 4 GB of RAM and a 500 GB hard drive that's built inside the screen. The keyboard dock also serves as an extra battery for the Satellite Click but the press release has no word on its battery life with or without the dock.

The Toshiba Satellite Click will go on sale later this month exclusively at Best Buy and Toshiba's online store. Pricing was not revealed.