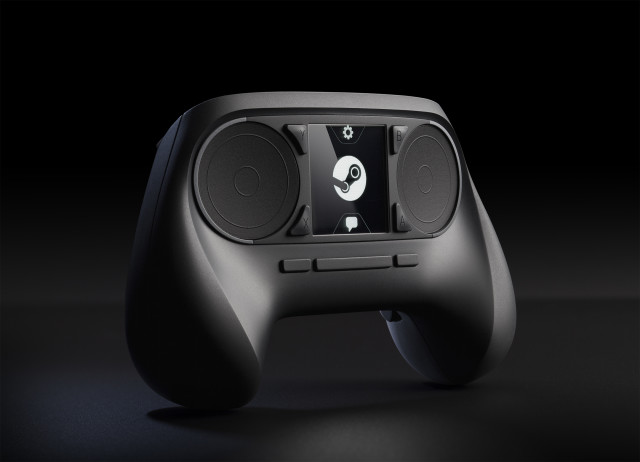 Valve has just announced the third of their three Steam living room announcements. This time, it's the concept for a game controller called Steam Controller. While on the surface it looks like a regular console gamepad, the Steam Controller does away with the typical joysticks and uses trackpads instead.

Driven by the player’s thumbs, each one has a high-resolution trackpad as its base. It is also clickable, allowing the entire surface to act as a button. The trackpads allow far higher fidelity input than has previously been possible with traditional handheld controllers. Steam gamers, who are used to the input associated with PCs, will appreciate that the Steam Controller’s resolution approaches that of a desktop mouse.

The basic idea was apparently to design a console-like controller that could handle games that were originally designed to work with a PC keyboard and mouse configuration, such as real time strategy games, simulation and more.

These small, strong, weighted electro-magnets are attached to each of the dual trackpads. They are capable of delivering a wide range of force and vibration, allowing precise control over frequency, amplitude, and direction of movement.

The controller will have a touch screen in the middle which can be used by game developers to offer information or additional features for games. Valve adds, "When a player touches the controller screen, its display is overlayed on top of the game they’re playing, allowing the player to leave their attention squarely on the action, where it belongs." There are 16 buttons on the controller and Valve claims eight of them can be accessed without a user's thumb's leaving the trackpads. 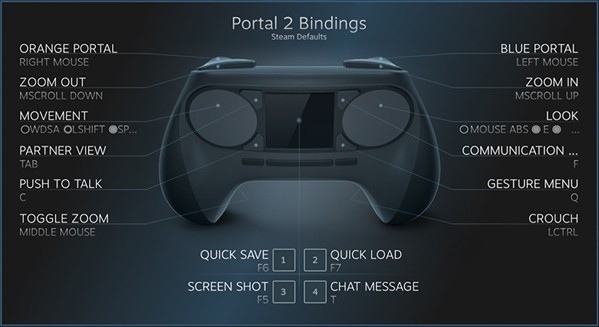 It will also have a legacy mode where the controller will be recognized as a keyboard and mouse, and the controller can be configured to work with different button settings for each game. Valve says that Steam Controller has also been made to be hackable by anyone and will provide tools to assist people in that kind of activity.