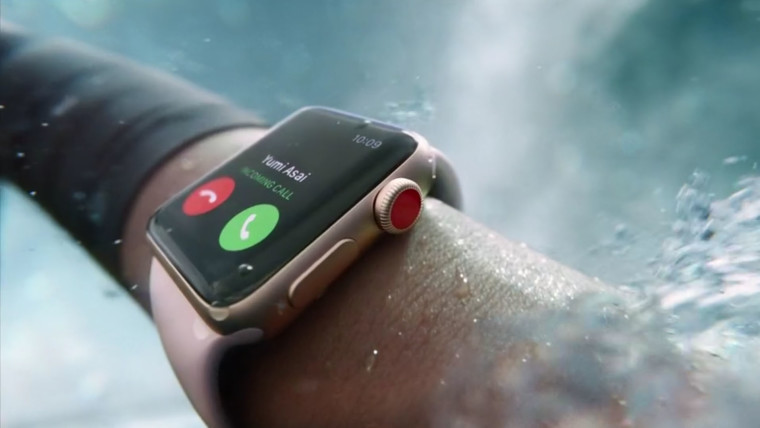 The newly unveiled Apple Watch Series 3 will allow you to take calls while you are out and about without your iPhone. But to use that LTE cellular capability, you will still need to activate it on your current cellular plan, a move that will cost you an extra $10 a month with most U.S. carriers.

AT&T, Verizon and T-Mobile all charge the $10 fee, while offering the first three months for free. AT&T and Verizon are also waiving their $25 and $30 activation fees respectively, while T-Mobile is waiving it SIM card kit fee of $25. The Series 3 will allow you to receive calls without getting a new phone number.

The $10 monthly fee is not new for AT&T and T-Mobile, as they have previously charged that price for adding any type of smartwatch to your plan. However, Verizon has decided to increase their price by $5 for the Apple Watch, without offering any reason on why it is treating the new Apple device differently than previous smartwatches.

The other major U.S. cellular company, Sprint, has not announced its pricing yet. It is likely that Sprint will follow the path laid out by its competitors with something similar, particularly if it wants to continue to play with the big boys.

In addition to the cellular option, the Apple Watch Series 3 will boast a dual core processor, making it 70% faster than the Series 2. It also has a W2 chip for improved Bluetooth and wireless capabilities, while also improving WiFi connections by 85%. It will now have a talking Siri, and will eventually allow the streaming of the entire Apple Music library of 40 million songs.

Preorders for the new watch begin on September 15, with delivery beginning on September 22. The watch sells for $399, although you can get a non-cellular version for $329.