Windows 10 Fast Ring Skip Ahead Insiders got their first taste of the upcoming Redstone 4 release coming this spring almost two weeks ago, but now Microsoft has released preview build 16362 for the Skip Ahead users to try. But don't expect too many big changes, as the development team is still focused on the Fall Creators Update slated for October 17.

The new build offers an improved boot experience allowing you to use sign in info after a restart or update. It is still customizable, and you can still opt out under the privacy section of the sign in options.

There are also Narrator improvements where you can select the channel you want for speech output. 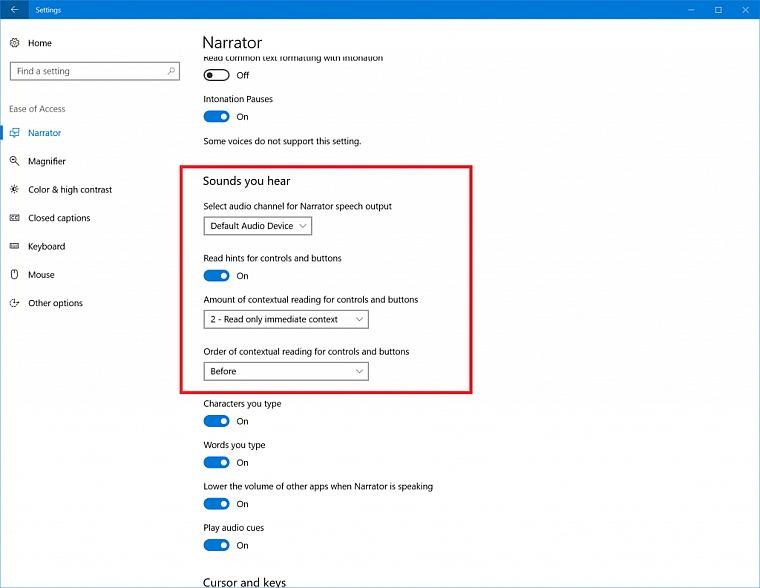 Here are the other fixes and improvements:

There are no know issues at this time for the build.

While Skip Ahead users were waiting to get this latest Redstone 4 build, they did get a new version of Feedback Hub to play with, offering some new features such as integration with the new "Community Language" app.

If you missed the small sign up window for Skip Ahead, you'll eventually have a chance to start testing RS4 builds, likely sortly after the Fall Creators Update is launched. In the meantime, you'll continue to receive RS3 builds from the RS3_RELEASE branch.