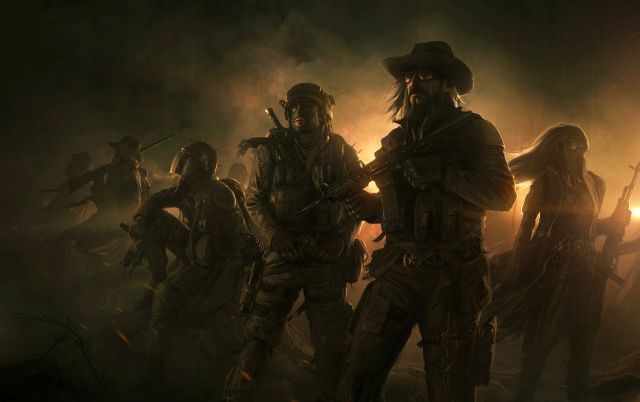 Wasteland 2, the upcoming sequel to the 1988 post-apocalypse RPG, still has over 7 more days to go before its Kickstarter fund raising campaign ends. The project has already raised over $2.2 million, over double its initial goal of $900,000. In a new update on the Kickstarter page, developer inXile has posted up the first piece of concept artwork for Wasteland 2.

The art piece, created by Andree Wallin, was made "to help us establish the look and feel of the Desert Rangers" according to inXile's founder Brian Fargo. The game is still a ways away from being released; its target date for the PC, Mac and other platforms is October 2013.

Fargo made an earlier update to the page with word on what inXile will do if it reaches some new, unofficial, funding goals. If Wasteland 2 reaches $2.5 million on Kickstarter, the company would hire more designers and level scripters to help make the game's world bigger.

If Wasteland 2 manages to reach the $3 million goal before the campaign time period runs out, inXile will not only expand the game's world even more but also provide users with a mod tool after Wasteland 2 is released for them to add their own levels.