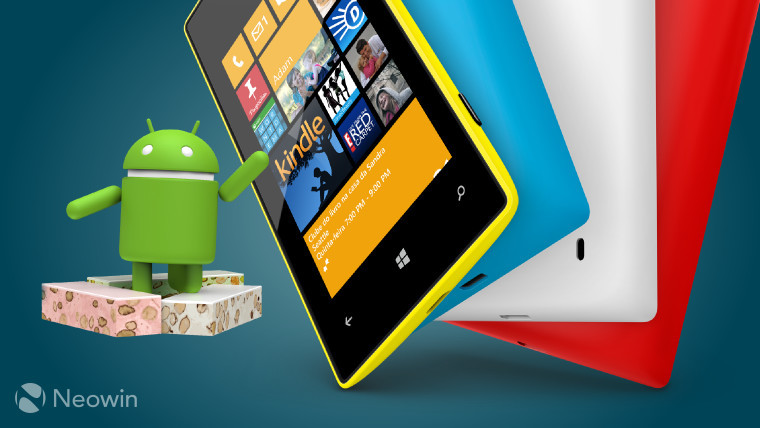 A few months ago, a developer successfully managed to install Android 6.0 Marshmallow onto the Nokia Lumia 525, a handset that originally shipped with Windows Phone 8. Now, another developer has managed to get Android 7.1 Nougat running on the same device, and its Lumia 520 sibling - neither of which were eligible for an official upgrade to Windows 10 Mobile.

Nguyen Thinh published details of his efforts on the XDA Developers forums, where he noted that the touchscreen, brightness levels, storage management, battery management, charging, sound and other features are all working well with his installation of the Nougat ROM. Specifically, he used a Resurrection Remix 5.8.0 ROM based on Android 7.1.

Despite noting that the installation is still very buggy, you can see for yourself in the video that it works fairly well on the 520 - a device that was originally announced almost four years ago - although he did say that it can be very laggy at times. Nonetheless, it even supports some Nougat features like split-screen apps:

And in a second video published by the same developer, you can also see Android 7.1 running on the newer Lumia 525, which features similar specs to the 520, but has twice as much RAM (1GB vs 512MB). As you can see, the installation appears pretty smooth in use, although it's unlikely to be stable enough to rely on as a primary handset:

Given how well the new Android release runs on relatively ancient Windows Phone hardware, one can't help but wonder what a Nougat ROM would be like on one of Microsoft's Lumia 950 flagships...

Source: XDA Developers | Thanks for the tip, JP!