Why introduce a bundle with games from a single publisher when you can get games from three of them instead, seems to be Humble Bundle's newest theme for its Humble Capcom X SEGA X ATLUS Bundle. Thanks to the difference in each publishers' repertoires, the games arrive in a variety of flavors, from acrobatic side-scrollers to third person zombie smashers.

This tri-publisher bundle offers Rollers of the Realm, Zeno Clash 2, Sonic Adventure 2, Bionic Commando, and Citizens of Earth for a single dollar as the first tier.

Opting to buy the 'beat the average' tier will set you back $6.86 and fetch you Renegade Ops Collection, Sonic Generations Collection, Resident Evil 4, Dead Rising, along with Tesla Effect: A Tex Murphy Adventure. This tier also arrives with some additional coupons for use in the Humble Store.

These coupons include 50% off Street Fighter V, 50% off Dawn of War III, 66% off Deadly Tower of Monsters, and a special coupon that can be applied on an entire cart containing games from SEGA, ATLUS, and Capcom publishers, however, some games and DLC are exempt from this offer.

Lastly, if you're keen on buying the highest tier, which resides at $12, it will net you Motorsport Manager, and Devil May Cry 4 Special Edition, along with all the games in the previous tiers.

Bundle Stars is back with its eighth Bundlefest, offering bundles upon bundles full of PC games at modest prices. Although not every bundle has titles worth your time, you can find the entire selection of bundles from the promotion on the Bundlefest page; we have listed some highlights below.

Best of Indie Legends 2 Bundle is a great pickup if you don't already own its well-received contents. The bundle brings along SpeedRunners, Door Kickers, Cook, Serve, Delicious!, Sir, You Are Being Hunted, Never Alone Arctic Collection, Party Hard, The Fall, and CastleStorm for $3.49.

If you haven't yet immersed yourself in the Fallout universe, the Fallout Bundle may be your best bet to do so, which gives you the entire series barring Fallout 4, for just $19.49. The bundle includes the various and very well done DLC packs of both Fallout 3 and Fallout: New Vegas as well.

Let us not forget the Quake Bundle, bringing Quake 1 through 4 as well as mission packs for $9.99. Note that the store page says it only has a limited quantity of this bundle for sale, so buy it quick if you are interested.

Another couple of bundles to consider are the Pyro, and Panzer Corps ones, with the former arriving with the brilliant Commandos series, and the latter bringing the popular WWII turn-based strategy game Panzer Corps, as well as batches of its DLC for those opting for the higher tiers. 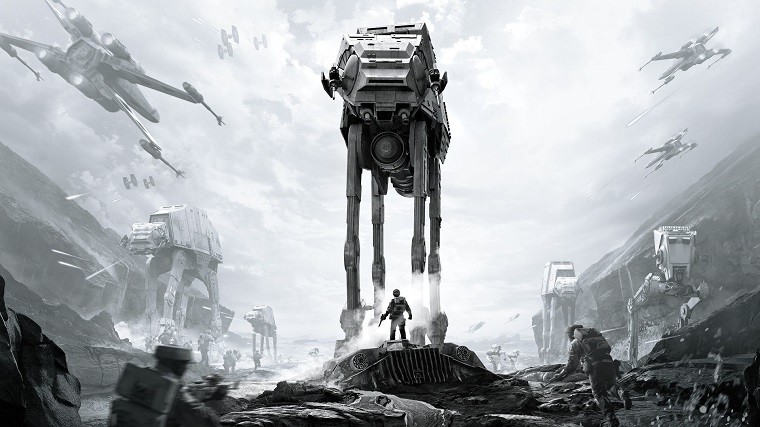 Just a week after adding SteamWorld Dig to its On the House promotion, EA is back with another free giveaway. This time it isn't a game, however, with the publisher now giving away the season pass of Star Wars Battlefront.

If you already own the base game, this is a great opportunity to grab the four multiplayer expansions for free, Outer Rim, Bespin, Death Star, and Rogue One: Scarif. In total, the expansions bring along 16 new maps, various new weapons, vehicles, heroes, and more recognizable content from the movie franchise.

While the free offer is ongoing, EA is also offering a steep discount for Star Wars Battlefront Ultimate Edition on Origin, bringing it down to $4.99. This edition includes the base game as well as the season pass, giving a cheap option to those who do not yet own the game.

We are now in the second and last week of the Humble Store's End of Summer Sale, and there are some brand new deals that have taken the place of those that expired.

The store is hosting another free game giveaway as well, with Double Fine Production's action platformer, Psychonauts from way back in 2005, being the chosen one. The game arrives with both a Steam key and a DRM-free version. Better be quick, however, as the giveaway does not have much time left on it.

Some of the new arrivals to the sale include the portfolios of publishers Rockstar, Deep Silver, Codemasters, Square Enix, and more. We will list a large range of games from this new selection on the big deals section below. However, with thousands of games on offer, at least looking over the store for any gems may be a good idea.

The End of Summer Sale itself will come to a close on September 21 at 10am PT. 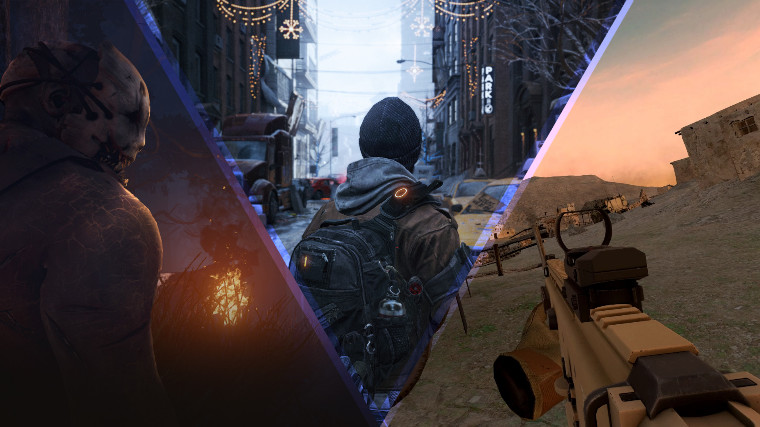 Stepping up from previous free weekends, this week you are getting access to three games to try out for free.

First up is The Division, Ubisoft's loot-based third-person RPG from last year. The game has you playing as an elite operative in New York City after a smallpox pandemic has essentially dropped the city to its knees. The game offers a cooperative campaign as well as 'Dark Zones' where player vs player combat can be found, along with better loot.

The Division free weekend is available via both Ubisoft's Uplay and Steam, so you can choose whichever platform you prefer to download the game with. Moreover, the base game as well as the gold edition, which includes the season pass, are discounted by 60% for the event's duration.

Next is a free weekend for Dead by Daylight, a survival horror game where you can either play as the killer or a survivor. The survivors are tasked with completing various objectives around a map to ensure their escape, while the killer must hunt the survivors down before they do so. The game's price is discounted by 50% while the free weekend is ongoing.

The last free weekend option is not for everyone, as the game requires a VR headset. The game is Onward, a highly tactical multiplayer shooter that is currently in early access. Onward can be played in the 5v5 multiplayer mode or against AI controlled enemies in solo or co-op, with objective based game modes on open-ended maps.

This game also has a discount running, reducing its price by 20% until the free weekend's completion.

Now, with all those pesky DRM-filled games out of the way, let's take look at some DRM-free deals. The GOG store is holding a special promotion on its weekly sale where for every $5 you spend on the listed games, you get to choose an additional free title from a pool of three. Essentially, spending $5 lets you pick one game, $10 gives two picks, and $15 lets you grab all three.

The three games to choose from are Kyn, Tropico Reloaded, along with Breach and Clear: Deadline Rebirth. GOG says that the bonus games will be sent to customers on September 19.