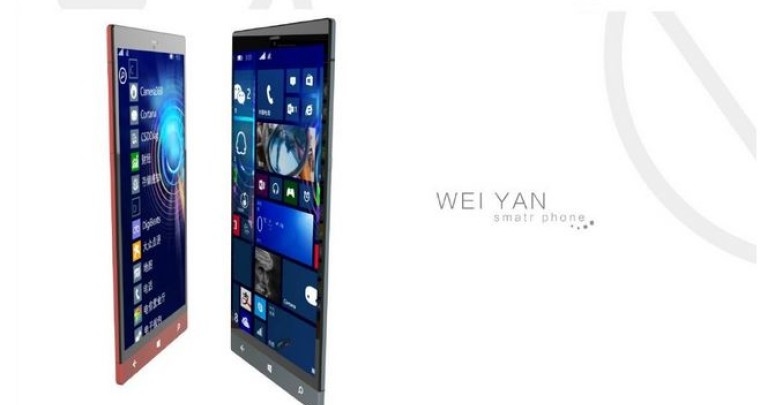 While we have only been recently reporting about leaked screenshots of the mobile version of the Windows 10 operating system as it is being developed, rumors are already flying in China about a new smartphone in the works running the said operating system, and even way beyond it.

Named the "Wei Yan Sofia," under the company Wei Yan, Gizmochina reports that information about the alleged device was leaked on Weibo, a Chinese microblogging site. The device reportedly not only runs the Windows 10 mobile OS, but can boot to Android 5.0 Lollipop as well. Support for dual-boot devices was confirmed by Intel more than a year ago, leading to the possibility of creating devices packing two operating systems at the same time.

Other rumored specifications for the Wei Yan Sofia include a 5-inch FHD display, a 13-megapixel rear camera, plus a 5 MP front shooter. The device is also rumored to have 2 GB RAM, and a 32 GB internal storage. The device will run on Intel's low-cost chipset SoFIA (Smart or Featurephone with Intel Architecture) which is aimed at the budget market.

Wei Yan is not the first company that looked into producing dual-OS smartphones. Last year, local Indian manufacturer Karbonn Mobiles prepared to launch a Windows-Android smartphone, together with Huawei that closely followed the idea.

What do you think? Are we close to finally seeing a smartphone running Android and Windows at the same time?