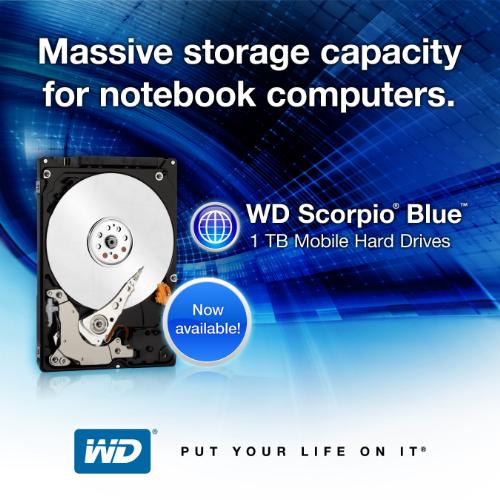 Rocking 1 terabyte of storage in your laptop has been possible for quite some time now. That is, unless your laptop's hard drive bay (or enclosure) was limited in space to fit a traditional 9.5 mm hard drive. Previously, the move to 1 TB meant that a slight increase to the hard drive's dimensions was needed to accommodate additional hard drive platters.

The Scorpio Blue drive spins at 5400 RPM and features whisper-quiet operation, shock resistance, and low power consumption. Like its desktop hard drives of similar capacity, the drive features WD's Advanced Format technology, or the use of 4 kilobyte sectors.

The new drive carries a MSRP of $139 USD. Further product information may be found here.