Early last week, Valve’s managing director and former Microsoft employee Gabe Newell made waves when he said Windows 8 would be a “catastrophe for everyone in the PC space.”

While the gaming icon didn’t elaborate much as to what he thought would be catastrophic about Microsoft’s new operating system, it’s clear what he was referring to given Valve’s business operations: the integration of Xbox Live in Windows 8 and the lack of openness in the operating system’s new interface.

Newell has reason to be concerned. Even though Valve doesn’t publicly release sales information from Steam, its digital distribution system, it’s obvious Valve’s service is dominating the competition. There’s also a good reason for that, too: Steam is easily the most feature-rich digital distribution platform for PC games currently on the market.

This isn’t the first time Newell’s shown pessimism toward Windows 8, however. In an interview with Linux gaming site Phoronix in late April, the site wrote Newell’s “negativity for Windows 8 and the future of Microsoft was stunning.” Since that time, Valve has put considerable resources in its Linux development.

Of course, Newell does have legitimate reasons to resent Microsoft for suddenly pushing its gaming integration. As the story famously goes, Newell and Valve had asked Microsoft – among other companies – to consider making a digital distribution platform for computer games with features similar to what Steam currently offers. When Microsoft balked, Valve used its resources to create Steam. The rest, as they say, is history.

Since adding third-party games to Steam not long after the launch of Half-Life 2, Valve’s dominated the computer gaming landscape as far as digital distribution is concerned. Even top-tier publishers such as Electronic Arts, Activision and Ubisoft now distribute their games through Steam. And now those publishers want a piece of the pie as well, with EA creating its Origin digital distribution service to obtain a larger percentage of each game’s sales.

It’s really no shock that Microsoft now wants to get in on the action, too. Xbox Live has been wildly successful for the company, raking in billions of dollars in annual revenue. By bringing the full service to the computer – and killing the much-maligned Games for Windows Live service – Microsoft can create more exposure for the Xbox brand while also easily taking a chunk out of Valve’s business since the service will come bundled with Windows 8 and Windows RT products.

Windows 8 will still allow Steam to exist in the traditional desktop, however. But with Xbox Live at the forefront of the new interface, will the average consumer ever truly consider it an option or even be aware of its existence? Xbox Live will be tightly interwoven with the operating system, with not only the games being branded with the Xbox name and logo, but also Microsoft’s new music and video apps. Windows 8 and Windows RT users will create an instant user base against Steam and other digital distribution competitors.

So, yes, Newell could absolutely be right in at least one regard: Windows 8 could be catastrophic for developers such as Valve who could be strong-armed out of their dominant position in digital distribution. It could also be bad news for consumers, as Steam is well-known for its countless sales; Microsoft’s Xbox Live platform doesn’t feature the sheer amount of sales, nor will it be likely to in Windows 8 and Windows RT.

But Xbox Live on Windows could be beneficial if certain rumors are to be believed. It’s previously been reported that the next Xbox platform will essentially be a glorified Windows 8 computer, with the operating system being modified from Windows 8 to fit a console’s more specific needs (the Xbox 360 runs on a modified Windows NT core). If Xbox Live purchases are universal, as Apple’s app store purchases are across its platform, gamers would be able to buy a game once and have it work across a variety of platforms. 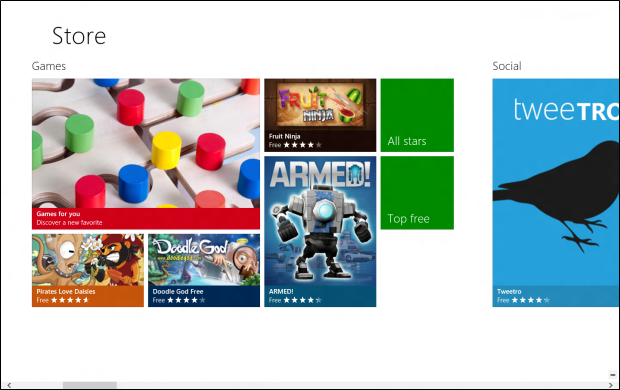 Since Newell’s comments, other gaming developers have apparently felt emboldened, with John Carmack recently saying he’d be “happy” if Windows 8 didn’t even exist. Unlike Newell’s likely issue with the operating system’s lack of openness, however, Carmack’s issue seems to rely more on the fact that there’s no real reason for him to upgrade to Windows 8.

Unlike Newell’s stance on Windows 8, Carmack’s problems with Windows 8 may be more telling of how consumers will react when the operating system launches on October 26. If consumers don’t have touch-screen devices, will they even consider upgrading? The operating system’s new interface probably won’t be as efficient for most users as the classic Windows interface as far as mice-and-keyboard input is concerned, and there’s really little reason for most desktop consumers to even use the new interface.

A lot of these concerns may be ruled moot in time, however, as there simply aren’t enough apps using Windows 8’s new interface to make a final call on the matter. If developers can find ways to get more advanced features into the new interface’s apps, it could become useful for desktop users. But the majority of apps seen thus far by the public don’t fit that description.

Therein lies one of the biggest problems with Windows 8, however: with developers mad about the new certification process and services that could potentially take on their own, will they even bother with creating applications for the new interface? Only time will tell, but these are hopefully issues Microsoft has talked about with developers. If not, the company may find its developer relations seriously strained.