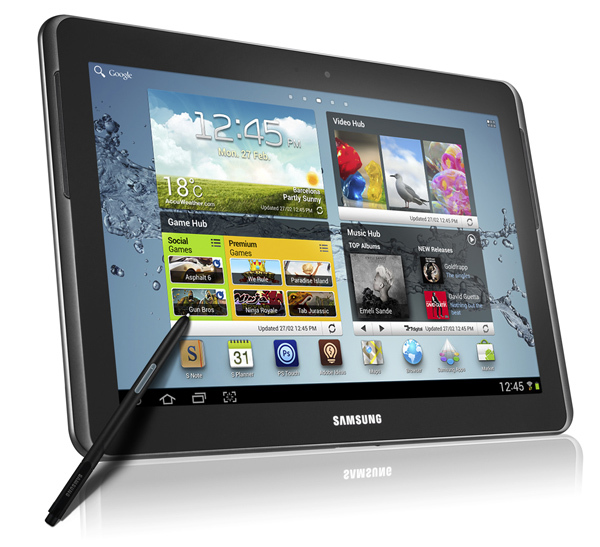 Samsung has announced today that their Galaxy Note 10.1 tablet, previously announced way back in February during MWC 2012, will finally be available globally this month in both Wi-Fi-only and 3G models, with a 4G device coming later. Like with Samsung's Galaxy Note smartphone/tablet (phablet?), the Galaxy Note 10.1 makes use of an S-Pen for easy note taking across the OS and applications.

Final specs of the device have also been released, indicating the tablet will use a 1.4 GHz quad-core Exynos processor (the same one used in the Galaxy S III) and 2 GB of RAM, plus a 5-megapixel rear and a 1.9-megapixel front camera. Naturally, the display will be 10.1-inches, using a PLS TFT LCD panel and with a resolution of 1280 x 800.

A video has also been released that shows the Galaxy Note 10.1's interface in action, which you can check out below if you so desire.

Samsung also is planning a reveal of their next Galaxy Note, successor to the 5.3-inch phone, on August 29th; if rumors are to be believed this new device could be even bigger than the last. Meanwhile, check back soon for a review of the Galaxy Note 10.1, as we should be getting hands-on time with the tablet shortly.