Assange is at it again! WikiLeaks, the site every government loves to hate, has begun publishing over two million emails from Syria. The leaks, something WikiLeaks has garnered a reputation for, have the potential to completely change people's perceptions of the Syrian unrest currently ongoing. Not only that, but in typical Julian Assange fashion it'll probably make leaders and despots very careful with what they choose to send, lest it ends up online for the rest of the world to see.

According to WikiLeaks themselves, the data originates from 680 Syrian entities. The entities they have provided as examples are like reading a Who's Who of the enemies in the ongoing chaos, and it includes:

All of the emails are governmental, and none of them were likely ever intended to go anywhere beyond the recipients. Turns out the entire world just got onto the "Bcc:" field. The emails are being published in 'caches', so you won't be getting a dump of two million emails immediately. The caches are destined to be released over the course of the next few months though we'd hazard a guess that they may adopt a more aggressive release cycle if something changes in Syria.

Several media outlets are working in partnership with WikiLeaks on the Syrian email dump, and among them is the Associated Press. They're responsible for the AP Stylebook amongst other things, so when they get involved it would be wise to take heed. Julian Assange had the following to say about the files.

"The material is embarrassing to Syria, but it is also embarrassing to Syria's opponents. It helps us not merely to criticise one group or another, but to understand their interests, actions and thoughts. It is only through understanding this conflict that we can hope to resolve it. The Syria Files shine a light on the inner workings of the Syrian government and economy, but they also reveal how the West and Western companies say one thing and do another."

It'll be interesting to see how this goes down in the western world, for Julian Assange isn't exactly on any leaders' Christmas card lists. The leak consists of 2,434,899 emails. 678,752 different email addresses sending to 1,082,447 recipients, so you'll have plenty to read once it all comes out. The emails include many in Russian and Arabic, which is interesting in of itself. Russia has supported the current regime in power, while different views are appearing from Arabic countries. Qatar and Saudi Arabia for example have both encouraged the opposition's stance, though the mixture of languages might help convey the scale of discussion. 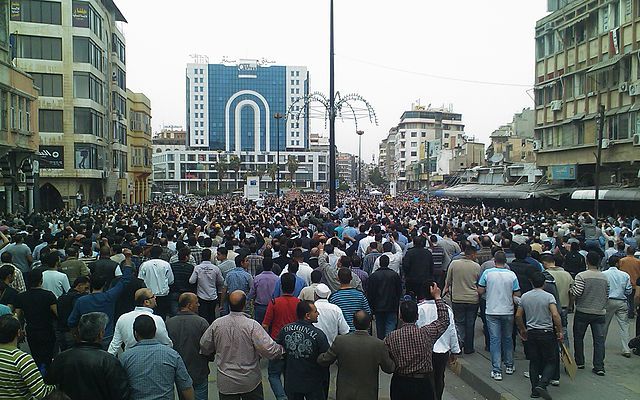 Syria's history is long and varied, and much too in-depth to really do justice with this article. The country is home to a great deal of culture, especially for those interested in Biblical cities and the Holy Crusades. The history of the country is one of several factors which has focused so much attention on Syria's uprising. The unrest has been ongoing in Syria since March 2011, as part of the so-called "Arab Spring", and there have been plenty of stories suggesting breaches of human rights. The emails could shed more light on what is a highly volatile situation for both the people in the country, and the United Nations.