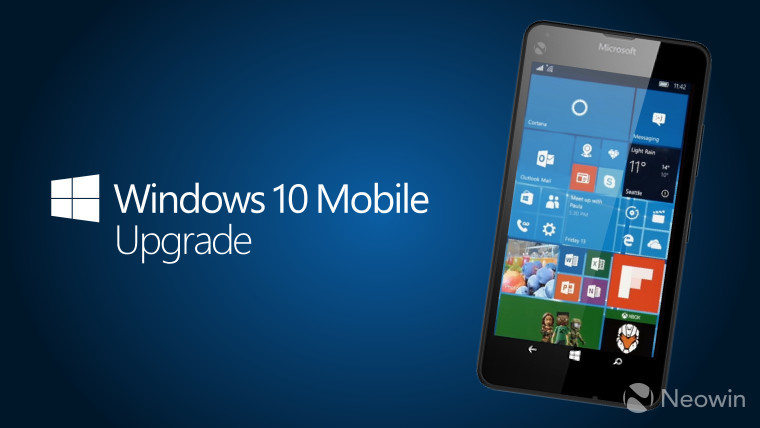 In mid-March - around three months later than originally planned - Microsoft announced the start of its Windows 10 Mobile upgrades for many of its Windows Phone 8.1 handsets.

As we noted at the time, Microsoft emphasized that availability of the upgrade would "vary by device manufacturer, device model, country or region, mobile operator or service provider, hardware limitations, and other factors". The need for carriers to approve the upgrade has left many owners of handsets purchased through mobile operators waiting to be able to install the new version of the OS since then.

But that wait has now ended for owners of the Lumia 640 on AT&T. As Windows Central pointed out today, AT&T has now confirmed on its forums that the Windows 10 Mobile upgrade is officially available for the Nokia Microsoft Lumia 640: 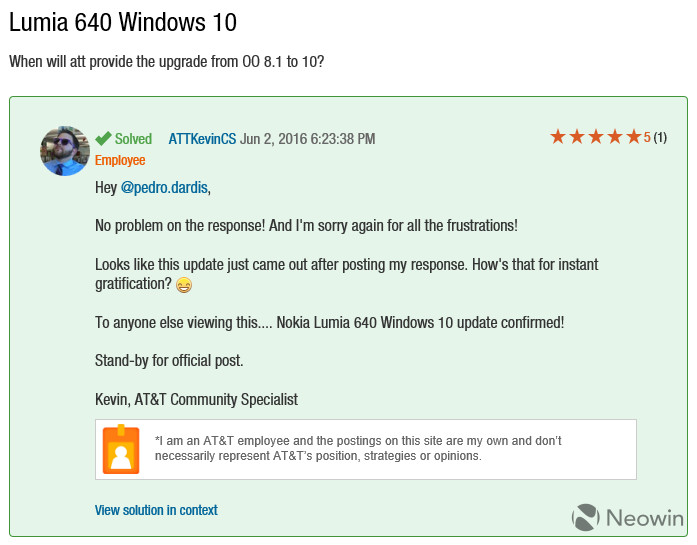 But while the update is available for these users, it's not 'rolling out' in the traditional sense. Microsoft isn't pushing Windows 10 Mobile to these handsets like most over-the-air updates, and it doesn't appear that owners of the 640 are even being notified that the upgrade is available.

Instead, as with all other devices eligible for the upgrade, Lumia 640 owners must first install Microsoft's Windows 10 Upgrade Advisor app. Using that app - which you can find out more about in our guide here - will then allow the update to be installed.

You can also check out our gallery of before and after images to give you a flavor of what to expect when upgrading from Windows Phone 8.1 to Windows 10 Mobile.