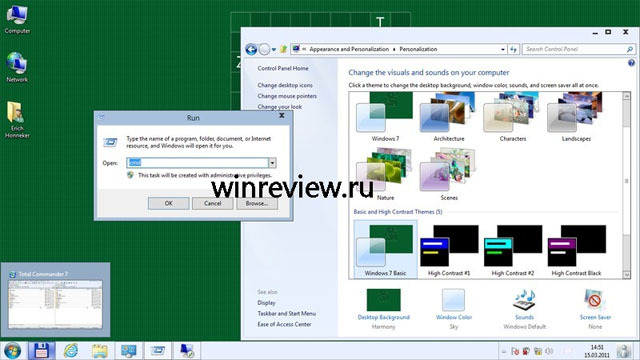 It has been a big week in the world of Windows 8. Among the many new screenshots comes the first clear look at the new theme, 'Aero Lite'.

This latest information comes courtesy of winreview.ru and only show modest updates. It looks like the theme may still be a work in process, as is the entire OS, but you can see a few of the elements we posted previously showing up in the new theme.

It is believed that this theme will be for lower end hardware as it is expected that there will also by a dynamic theme as well. For those with older hardware, this should come as a good sign that you will be getting a new theme too.

The 'Metro' design language is more apparent in these images as they appear more flat and less glossy from previous themes in Windows. While not much else is revealed, we can also see another look at the new taskbar as well. The image in the bottom right shows the user who is logged in and ties directly to their Windows Live ID.

Windows 8 is expected to RTM in 2012 with the latest rumor suggesting an early January 2013 retail availability. 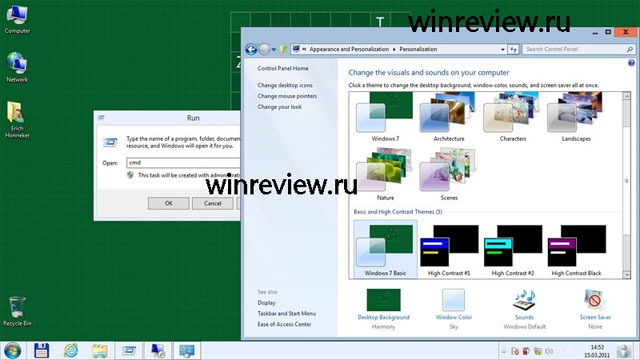