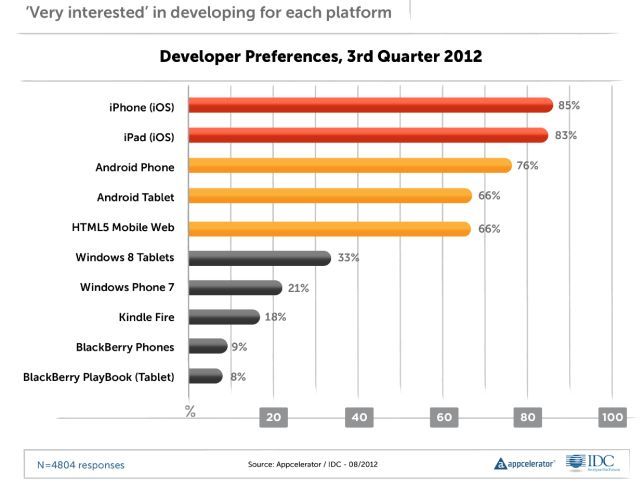 As we have been reporting over the last few weeks, more and more Windows 8-based apps are being added to the Windows Store section of the operating system, ahead of the OS launch in just over a month. But just how many mobile app developers are really planning to create apps for Windows 8?

The Seattle Times reports that, according to a new survey of app creators by Appcelerator and IDC, 33 percent of them say they are "very interested" in making apps for Windows 8-based tablets. The survey also said that the developers were "cautiously optimistic" that Microsoft will be able to give them "the shared development capabilities between desktop and tablet promised by Microsoft with the launch of Windows 8."

The survey also showed that just 21 percent of developers are interested in creating Windows Phone 7 apps. That operating system will be refreshed with Windows Phone 8, based on the Windows 8 kernel, later this fall.