The Windows 8 operating system not only has a normal desktop UI but also the touch screen-centric Metro user interface. That also means that Windows 8 Metro apps must have elements of that UI. So how do you make a Windows 8 Metro app that conforms to those design principles while also making it different from your standard app?

In the newest entry on the official Windows 8 app developer blog, Microsoft offers a number of tips on that very subject. Microsoft says that any Metro app developer must answer one question before starting to design a Metro program: "What is my app best at in its category?” 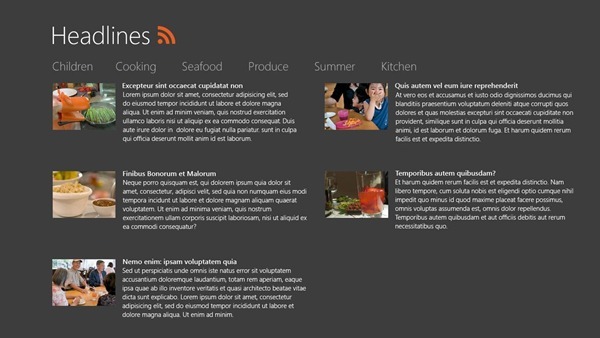 In an example app, Food with Friends, Microsoft talks about narrowing down the focus specifically to finding restaurants that a person and his or her friends can eat at that night. Microsoft says:

This “best-at” statement describes the reasons why user will want to buy this app and not a competitor’s in the same category. We will be referring back to it many times as we make design trade-offs and decide on which feature set and platform functionalities to use.

The rest of the blog goes over the design choices a Windows 8 Metro app maker must take to stick with that focus. That includes creating the best landing experience (the first page a user sees when they first open the app), designing each of the app's various sections, and layouts for the program.

The final step is creating how a user navigates through the app's own UI. Microsoft says they will go over more details about that aspect of the app design process in a future blog post.