Another week and another Windows 8 image has leaked, or part of an image has leaked this time. The image above shows part of the interface that will be used to install Windows 8, according to the source who provided the image.

The image above comes courtesy of MDL who has stated that other install screen leaks will be coming "soon" but for the time being, this is the best image that is available of the installation process. This image comes from an M3 build but the exact build number was not specified. Hopefully when the full installation screenshots leak, it will provide a more complete glimpse of what the transition of will look like.

This image is suspected to be the in-place upgrade from Windows 7 to Windows 8. For those of you wondering why the title bar is centered, if it is supposedly running in Windows 7, it is because this is a Windows 8 configuration file running inside Windows 7. At least that is what is conjectured at the current moment.

[Update] The full image has now leaked, courtesy of UltraWindows. 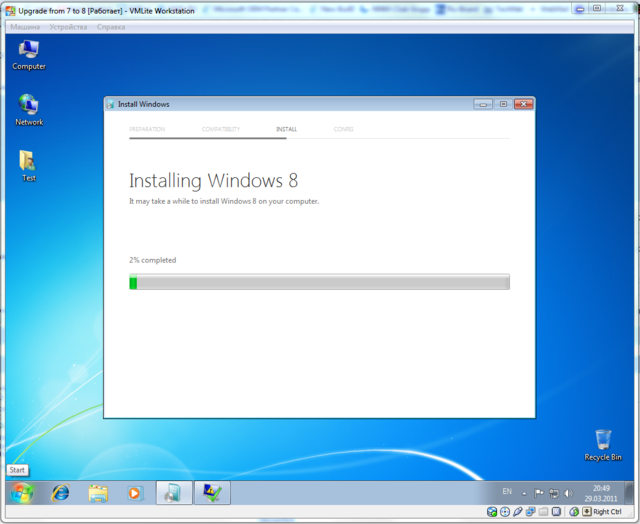