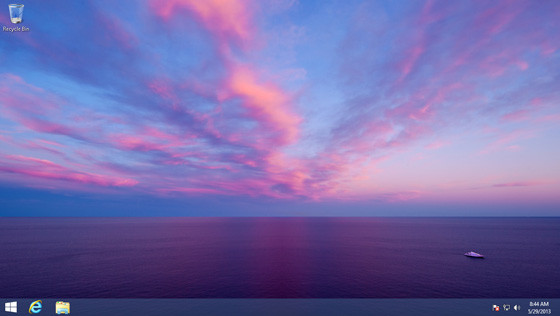 Microsoft is expected to include a Start button with the Windows 8.1 update and now we have our first look at the new button and it looks quite familiar to those of you who use Windows 8.

The button looks exactly like the charms bar Start button, which should come as little surprise, and is located exactly where you would expect it to be. While the button will be nothing more than a gateway to the Modern Start screen, it will likely appease many consumers who had trouble navigating the new platform.

Along with the new Start button, Microsoft is rumored to allow users also swap the Start screen layout for an application list. It is also stated that Microsoft may allow you to have the same background image on the Start screen as your desktop, which should help make the transition to the Start screen much easier on the eyes, which Thurrott is able to confirm with a screenshot at the source link.