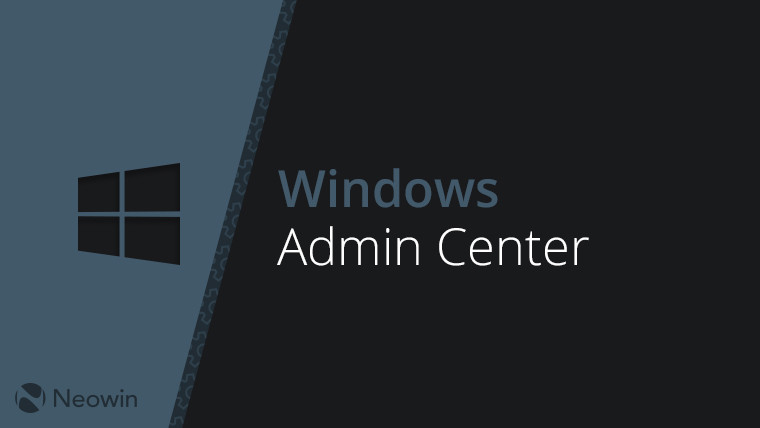 It's been some time since the last major update to the Windows Admin Center, which is still on version 1812, but Microsoft is looking to release another one soon. The company today released Windows Admin Center Preview 1902 to Insiders, which indicates that a general release is set to happen soon.

The latest preview introduces a few improvements, including shared connection lists for members of the same Windows Admin Center Gateway. There are also some new software-defined networking tools in the Hyper Converged Infrastructure solution. Microsoft also notes that it has released a new script for bringing saved connections from the Remote Desktop Manager to Windows Admin Center. Here's the full changelog:

We’re excited to release a highly-requested feature: a single connection list that can be shared across all users of a WAC gateway.

To add servers, clusters, and PCs as shared connections, you must be a WAC gateway administrator. Go to WAC Gateway Settings > Shared Connections, and then add servers, clusters, and PC as you normally would. You can tag servers in this pane as well, and these tags will appear for all users. The tags are immutable from the home “All Connections” page, meaning WAC users cannot change tags on shared server connections.

VM networks are abstract objects that act as an interface to logical networks. In a virtualized network environment, by using the VM networks, you can abstract virtual machines from the underlying logical network.

In the Logical Network tool, you can manage and monitor your logical network.

Based on customer feedback, now you can choose to connect a VM to a VLAN or a Virtual Network in your SDN environment.

As you would expect with preview software, there's a couple of known issues with this build. These include a bug affecting Virtual Hard Drives (VHDs) in Virtual Machines (VMs). Here's what you'll want to be aware of:

Virtual machines – When adding a new VHD to a VM, and selecting the option to add a new, empty disk, you can’t save your changes. [20420660]

Network – If you have configured an Azure Network Adapter, the value under Microsoft Azure Virtual Network Gateway Address will be formatted as a hyperlink but leads to an invalid address. [20420185]