Back in December of 2012, Microsoft announced that it would be retiring its Windows Live Mesh file syncing technology come February 13, 2013, meaning the remaining 25,000 or so Mesh users would have to migrate to SkyDrive for similar features. The aforementioned date is final, as this is the time when Microsoft will be fully shutting down the service, including remote desktop functionality and file syncing. 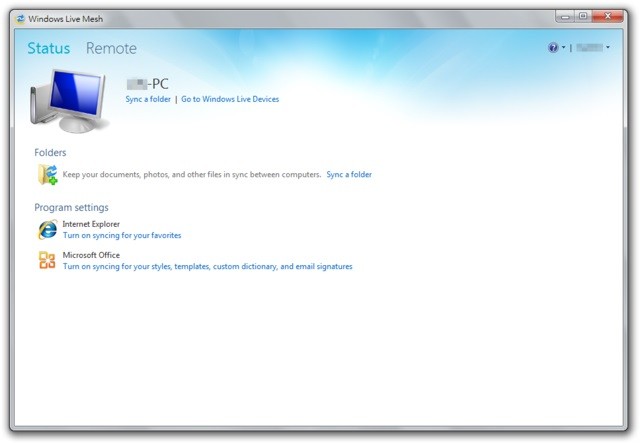 Before all this happens, it's advisable that you download all the files that you stored in Windows Live Mesh--on February 13, 2013 they will all be deleted from the cloud. Microsoft notes that if you continued to use Mesh syncing, these files should already be up-to-date on your computer; if not, there are instructions available on how you can download your data.

If you're worried about lost functionality from the switch to SkyDrive, don't fret: basically all the features of Live Mesh are covered by other Microsoft services. SkyDrive takes care of syncing files to the cloud and downloading them in other locations, as well as sharing folders with family and friends. The remote desktop features are covered by Windows' Remote Desktop Connection, or (as Microsoft recommends) LogMeIn Pro.

February 2013 concludes a phase-out period for Live Mesh that started back in February 2012, where Microsoft announced that SkyDrive would be superseding it. In Windows Live Essentials 2012, Microsoft removed the application in favor of the SkyDrive for Windows desktop app, and since then the user base for Mesh has dwindled, making the final death next month not a huge concern.